The Nokia Lumia 630 was the first Windows Phone 8.1 handset to go on sale, with a series of launches in countries around the world. There's a lot to like about the new entry-level Windows Phone, including the option of a dual-SIM variant available in some markets. But there is one feature missing from the 630 that many buyers consider essential: 4G LTE connectivity. 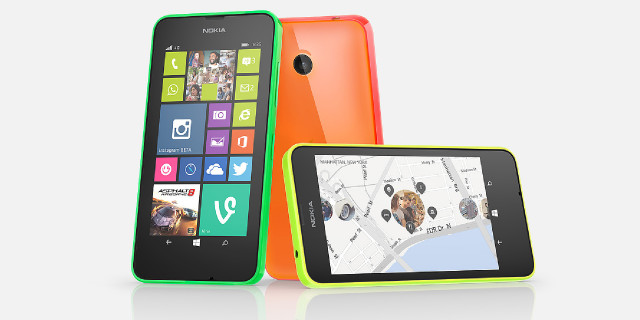 Today, that feature gap is remedied with the launch of its sister handset, the Lumia 635, which includes 4G support. The 635 comes in a range of glossy interchangeable shells featuring a dual-layered polycarbonate design, similar to the Lumia 620 which was released last year. Bright orange, green and yellow shells are available with this design, but they can also be swapped for the matte versions which débuted on the Lumia 630, and which come in the same colours, along with more subtle black and white options.

Aside from the new glossy shells and 4G LTE support, the 635 is otherwise identical to its sibling. That means you'll get a 1.2GHz quad-core Snapdragon 400 processor, 512MB of RAM and 8GB of onboard storage, along with a microSD slot supporting cards up to 128GB. 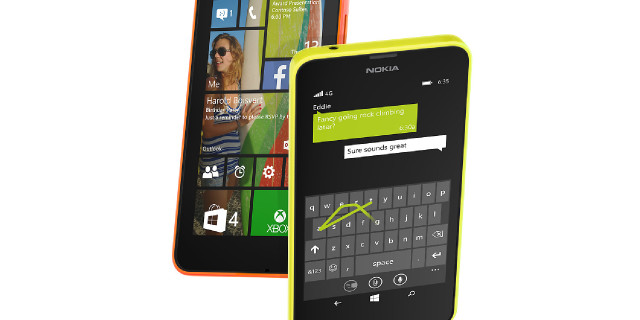 Up front, there's a 4.5-inch IPS LCD screen protected by Corning Gorilla Glass 3, and featuring FWVGA (854x480px) resolution. There's also a 5MP rear camera, but no flash, and there's no front-facing camera either. Unlike the 630, you won't be able to purchase a dual-SIM version of the 635.

The Lumia 635 goes on sale today in parts of Europe and the Asia-Pacific region, priced around $189 off-contract (before taxes and subsidies) and will make its way to other parts of the world, including the US, in the months ahead. Local pricing in specific markets will be announced as the rollout continues.