Several new products have been announced at Nokia World, among them a Windows RT 8.1 Tablet and two new smartphones, check out the announcements below.

#Lumia2520, the first ever tablet with Zeiss Optics. Yup, we even put a kick-ass camera on our tablet! #NokiaWorld pic.twitter.com/UMCdUgcH13

We like to be fashionably late. Incidentally, here’s our first #Windows tablet, the #Lumia2520 #NokiaWorld pic.twitter.com/Rylz5OR7uz

And it's here! The Lumia 2520 'Bandit' wasn't fluff after all. Combined with the Nokia Power Keyboard it will offer 5 extra hours of battery life.

Here are the rest of the specs for Nokia’s first Windows 8 tablet.

As far as we can tell, this is the first tablet to feature Zeiss optics for the camera. Nokia also released a hands-on video you can view below.

And now the #Lumia1320, 6" screen, 4g, great camera, colourful, and it’s friendly on your wallet too. Pretty awesome that. #NokiaWorld

Instagram & Vine are coming to Lumia in the coming weeks!!! #nokiaworld https://t.co/JuqfZ37xqR

Kevin Systrom, CEO and co-founder of Instagram had this to say of the announcement:

"Our ultimate goal is to bring Instagram to everyone who wants to use it…We're looking forward to watching the Windows Phone community use Instagram to capture and share beautiful moments in the coming weeks." 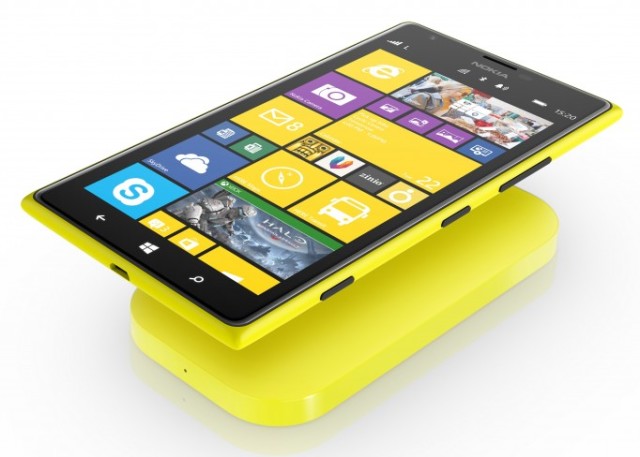 The #Lumia1520, 6 inches of 1080p HD screen and 20mp of PureView imaging awesomeness in a slim, sexy smartphone. #NokiaWorld

Among the announcements, Stephen Elop said that Instagram will finally be coming to Windows Phone 8 "later this year", Nokia and Microsoft worked together with Instagram to build the app, and there was no date announced for when it could be downloaded.

Nokia also announced a ton of apps coming to the Windows Store and Windows Phone 8, among them Instagram, Vine and Flipboard, check out the announcement here.

Check out the gallery below for some high res pics of the announced products.