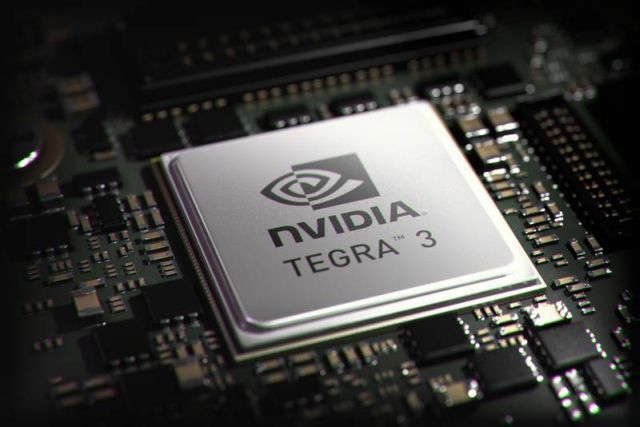 While it's been known for some time that NVIDIA has been working on a quad-core mobile processor with the code name Kal-El, the company officially announced on Tuesday that the processor will now have the official name of Tegra 3.

This ARM-based chip will have four high performance processor cores plus a fifth low performance core. It will also have a 12-core GPU that will give the Tegra 3 three times the graphics performance of the previous dual-core Tegra 2 chip. Finally, the new chip is supposed to have 61 percent lower power consumption compared to the Tegra 2.

The first product that will have the Tegra 3 chip inside will be Asus' Android-powered Transformer Prime tablet which is due for release in December. The 10.1" device will come in two versions; 32 GB for $499 or 64 GB for $599. Both versions will weight 1.29 pounds, contain 1 GB of RAM, a micro SD card slot, and a micro HDMI port. It will also have a 1.2 megapixel front camera and an eight megapixel rear camera.

An optional $149 dock will allow the tablet to have a notebook-like keyboard. The tablet will run Android 3.2 out of the box but Asus says it can be upgraded to the upcoming Android 4.0 operating system.

While the Transformer Prime will be the first Tegra 3 product, it certainly won't be the last. NVIDIA is clearly hoping that the performance of the processor, which is able to render games with near PC level high-end graphics, will allow it to have an edge over other mobile processor chips.