Hong Kong, it seems, is bustling with GPU activity as recently there was a seize of illegal GPUs being smuggled and today a bunch of upcoming Nvidia RTX 3080 Ti MSI Ventus models were spotted.

Tech site HKEPC has reported that it has spotted MSI Ventus models of Nvidia's upcoming RTX 3080 Ti 12GB graphics cards. The graphics cards were seen during the process of transit as they are reportedly being transported from Hong Kong and destined for US retail stores and such. This is in preparation of the 3080 Ti's reported launch next month. The site adds that Nvidia is pricing the RTX 3080 Ti at $999 which is the same as AMD's 16GB Radeon RX 6900 XT. 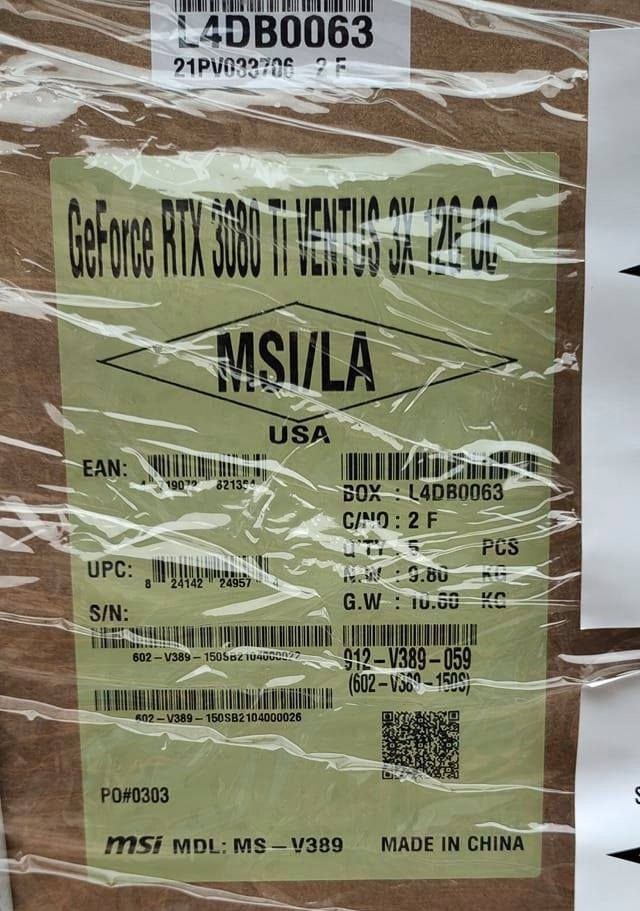 The report says that the GeForce RTX 3080 Ti will also come pre-installed with the mining limiter that was introduced alongside the RTX 3060.

Nvidia had initially wanted the RTX 3080 Ti to be the same chip as the 3090 with cut-down VRAM but has since abandoned that plan. Present reports confirm that the 3080 Ti will be a 12GB model however the CUDA core count of the chip is still unconfirmed. Earlier reports suggested that there might be 9,984 CUDA cores but more recent ones say that the number might be higher at 10,240.