If you follow the startup business industry, you may have heard of Uber. The company offers an on-demand driver service that lets its subscribers use mobile apps to bring a car to their location. Uber was launched in 2010 in San Fransisco and is now in a number of cities all over the world. Many taxi services feel that Uber is hurting their business with their mobile app model. 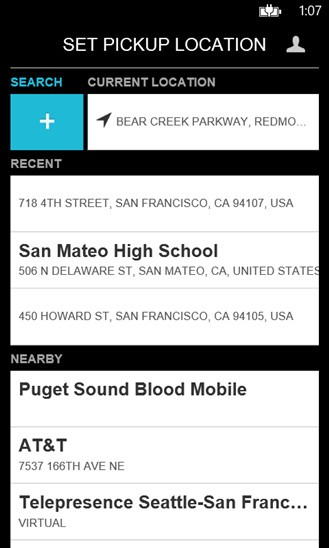 Previously, iOS and Android users could only download the Uber app but today the company announced it has expanded its app family to include BlackBerry and, more importantly, Windows Phone devices. Like the Android and iOS apps, the Windows Phone version lets users in any of Uber's supported cities order a car to come pick them up. After the actual trip reaches its conclusion, the Uber app automatically pays the driver via a previously set credit card, with no need for a tip.

The fact that Uber is expanding its app support to include Windows Phone shows that more and more companies realize that there are more than a few owners of Windows Phone devices, and we should see even more of these kinds of releases in the Windows Phone Store in the weeks and months to come.