Microsoft's note-taking app, OneNote, is quite popular among users, regardless of whether they are utilizing it in a professional capacity or personal. Now, Microsoft has announced a bunch of new features that have started to roll out or will be rolling out soon on the web and Teams version of OneNote, in order to ensure feature parity with the desktop variant. 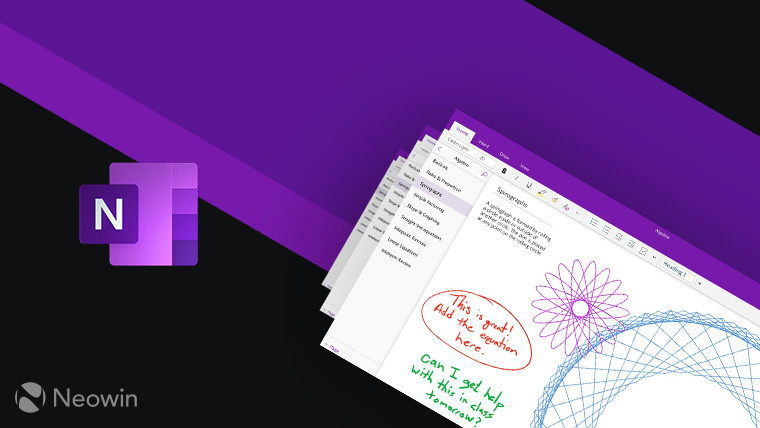 Microsoft has divided the list of eight new features into three categories, namely: rolled out, starting to roll out, and upcoming.

Starting with features that should now be rolled out to everyone, we have an improved copy-paste experience that also caters to content like tables and lists while retaining the source format. If you want to lose the source formatting, you can either use the UI or the Ctrl+Shift+V shortcut. Zooming in and out via the UI, gestures, and shortcuts should now be available to everyone too.

Features that have started to roll out include a new mode switcher to swap between editing and viewing modes or opening a file in the desktop app. You can also set pictures as background, take advantage of OneNote's ability to remember your most recent page, leverage from auto-inking stylus support, and resize videos.

Finally, in terms of what OneNote users can expect next, we have an improved link sharing experience that alerts you on Teams if you are sharing a file with someone and they don't have access to it. You can then also open the link directly in Teams on the PC, or in the app or the browser. The capability is coming soon to mobile too.

Microsoft has noted that many of these features have only started to roll out so expect them to be available to you within the next few weeks.