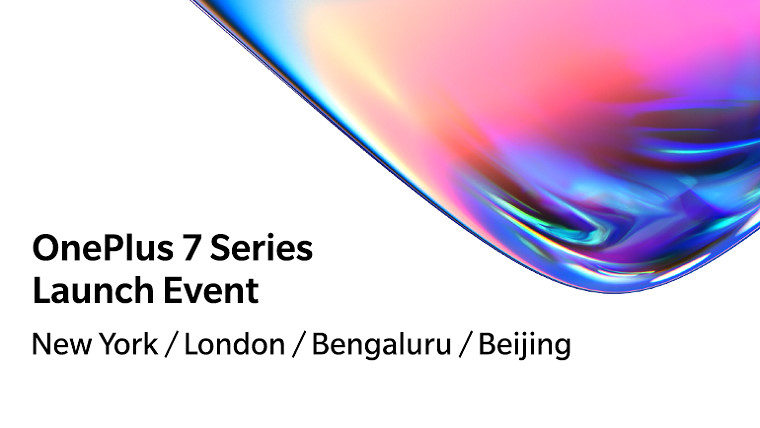 OnePlus CEO Pete Lau teased over the weekend the announcement for the launch date of the company's next flagship smartphone. As promised, OnePlus announced today that the OnePlus 7 series will debut on May 14.

The launch event will take place in multiple locations including London (4 PM BST), New York (11 AM EDT), and Bengaluru in India (8:15 PM IST). On May 16, a follow-up launch event will also happen in Beijing, China at 2 PM CST.

OnePlus didn't provide further details beyond the dates and times of launch, but a previous report may give us a hint at what to expect from the OnePlus 7 series. The teaser video, for example, uses the tagline "Go Beyond Speed," which seems to corroborate Lau's previous teaser for a "fast and smooth" experience and seems to be related to the rumored inclusion of a 90Hz display in the OnePlus 7 Pro, though the company hasn't given out much in the way of specs.

The display of the Pro variant is also expected to receive an upgrade to Quad HD from the previous Full HD+ resolution of its predecessor. Lau also previously confirmed that the upcoming device will introduce support for 5G and will come in two models: a standard version and the Pro variant mentioned above.