OnePlus today announced that it will be announcing the OnePlus 8 series on April 14 via an online-only event. The company mentions in its announcement that it will be bringing a "full series of 5G devices with clearer displays and faster performance than ever before."

The announcement highlights that the company will be introducing a "newly engineered" 120Hz refresh rate display which will be coupled with a "handful of other new and exciting technologies." 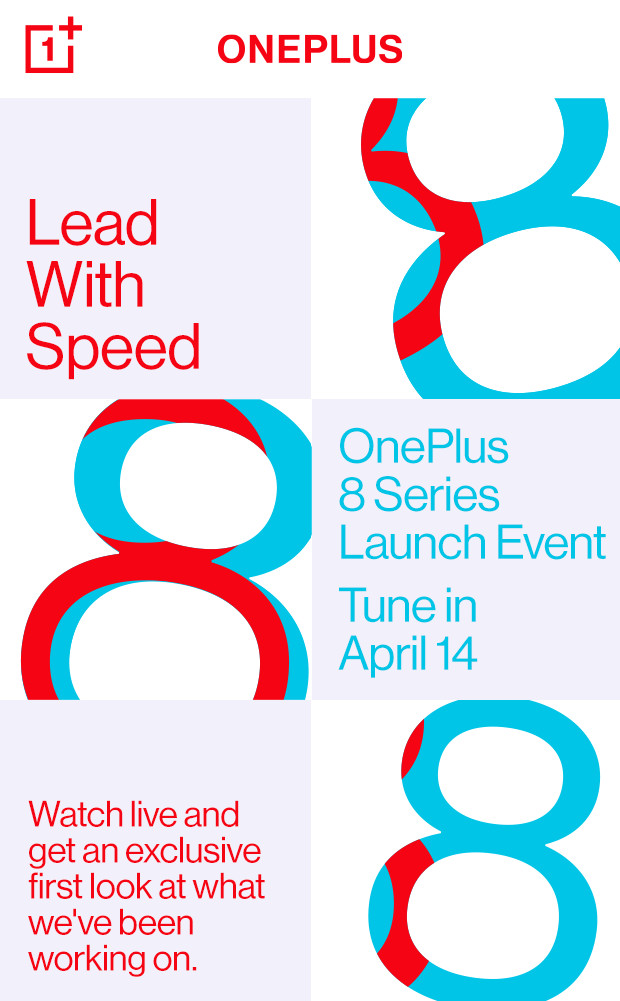 “With the OnePlus 8 series, we’re excited to introduce our most powerful and beautiful smartphone series ever, combining blazing-fast 5G capabilities, specially engineered high refresh rate displays and OnePlus’ signature powerful performance setup. The OnePlus 8 series will bring a truly ‘burdenless’ experience to all our users, who have come to expect nothing but the best all-around flagship smartphones from us,” said Pete Lau, Founder and CEO, OnePlus. “No detail is too small for us, as OnePlus always strives to deliver the best user experience possible with our premium flagship devices.”

The global online-only launch event will be live-streamed on OnePlus' official website as well as on YouTube. The event will be hosted on April 14 at 3 pm GMT.

The OnePlus 8 series has leaked extensively in recent weeks. The detailed specs point to the OnePlus 8 Pro packing a 6.78-inch QHD+ 120Hz Super AMOLED display, Snapdragon 865 chipset, up to 12GB RAM, 4,510mAh battery with Warp Charge 30T, wireless charging with reverse wireless charging, and more. The lineup will also be available in a new 'Interstellar Glow' finish this time around.