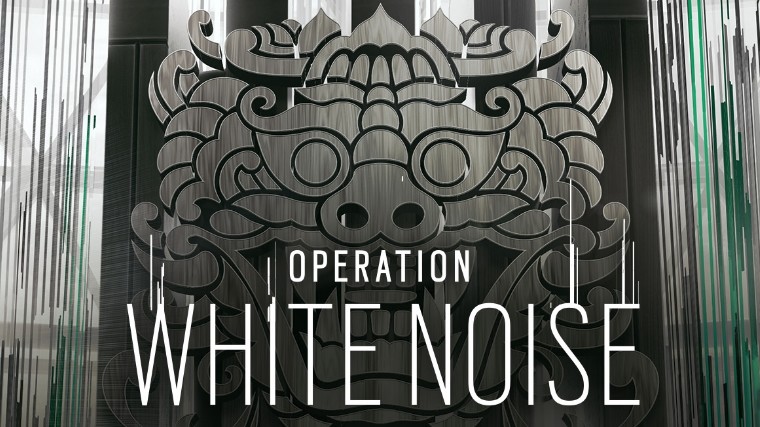 Since its launch back in 2015, Rainbow Six Siege has had a continuous stream of updates bringing new Operators and maps. Ubisoft even extended its support for the game to bring it a second year of content. And now, Year Two is also coming to a close, with the developer announcing Operation White Noise as this year's fourth and final major content update.

Incoming to the game in this new update are two Operators from the South Korean special forces unit, 707 Special Missions Battalion. Ubisoft is keeping the details of these two Operators under wraps, for now, only saying that they will have brand new destructive weapons, as well as that "The attacker is stubborn and daring while the defender is methodical and tenacious." Alongside the two South Koreans, the update will also introduce a new Operator from Poland's GROM counter-terrorism unit.

As for the new map arriving with Operation White Noise, Ubisoft is taking players to a "pristine observation tower high above Seoul’s skyline." Gunfights on this map could be quite exhilarating, with the developer describing it as "vertigo-inducing."

More details, as well as gameplay from Operation White Noise, will be unveiled at the 'Rainbow Six Pro League' finals on November 18th and 19th via the game's official Twitch channel.

Although Year Two is coming to a close, Ubisoft seems to be already preparing for another year of Rainbow Six Siege content, with it saying "We will have more news to share on the exciting things to come in Year 3". It's not confirmation of a full-blown, four season year like before, but considering the game's rising popularity, an announcement of another year of new maps and Operators is a distinct possibility.