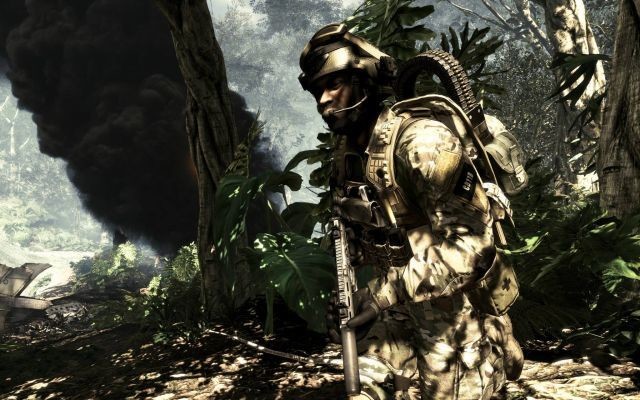 A ton of Internet chatter has been made about "Resolutiongate," namely the fact that some games made for both the Xbox One and PlayStation 4 consoles have different limits on their native resolution. Many critics made harsh comments on Microsoft's console when it was revealed that "Call of Duty Ghosts" has a 720p native resolution when played on the Xbox One. Developer Infinity Ward and publisher Activision both claimed that the PS4 version of the same game supported 1080 natively.

As it turns out, the PS4 claims were not entirely accurate. Eurogamer has now confirmed with Activision that the single player campaign of "Call of Duty Ghosts" is in fact currently available with a 720p native resolution. The good news for U.S. gamers who plan to get the PS4 and "Call of Duty Ghosts" when the console launches on Friday is that Activision will release a "day one" patch for the game that will enable full 1080p resolution in all of the game's modes.

In a statement, Activision said:

There was a configuration issue in the retail version on single-player mode only. This has been addressed with a day one software update. People will be able to download the day one update when PlayStation 4 launches in their territory and play at native 1080p.

So far, there's no indication that Activision plans to release a similar patch for the Xbox One version of the game.