The last unconfirmed but expected variant to complete Samsung's range of flagship Galaxy S5 handsets for 2014, the Mini, has reportedly been shown off in a couple of leaked images.

Equipped with a 4.5-inch, 720p Super AMOLED display and 8-megapixel camera with an expected but unannounced Exynos 3 Quad processor running at 1.4GHz, the device will target a lower section of the market than its bigger, older brother - the S5. 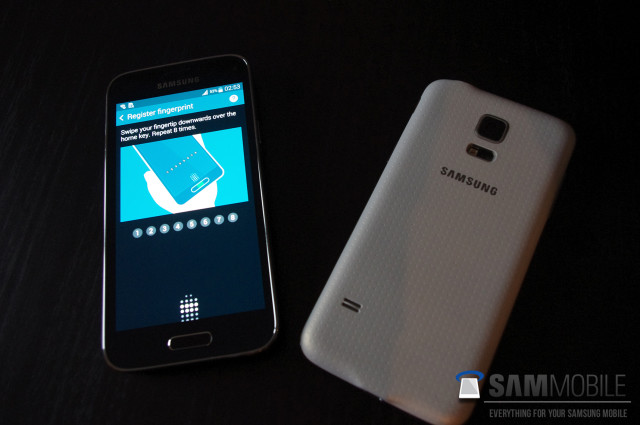 An anonymous tipster sent Sam Mobile some images of what they claim to be the S5 Mini in the wild. The design is shown to be very similar to that of the S5 with rounded corners and a perforated, patterned rear panel. The fingerprint scanner and heart-rate sensor of the S5 are also clearly visible. 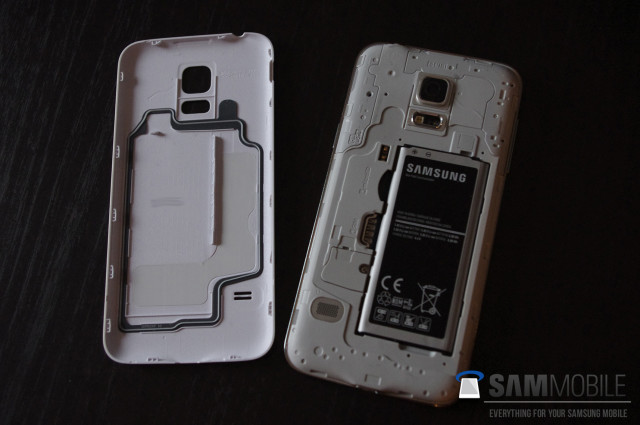 There is no mention of whether the phone is waterproof but the rear panel appears to have a rubber gasket attached which suggests it is. There is no flap across the USB port, however, so the device may be more water-resistant than waterproof.

The sender of the images confirmed that the device ran Android 4.4.2 KitKat overlaid as ever with Samsung's TouchWiz UI customizations. They also mentioned that all of the S5's software features including Private Mode and Ultra Power Saving Mode were present.

The device, when revealed, will complete the S5 line-up, joining the K Zoom and Active versions as well as the main holder of the name - the standard S5. With reports circulating of an S5 Prime being in the works, it may not necessarily be the last to arrive, however, but we shall have to wait to see what else Samsung has got lined up for release this year.