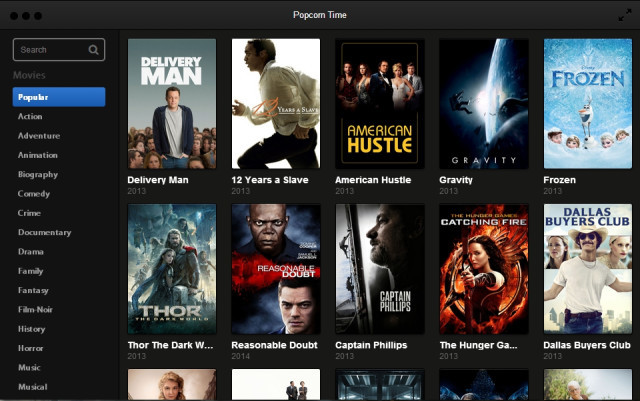 This weekend, the team behind the Popcorn Time movie torrent app announced they had stopped development of the program. Now a well known torrent source, YTS, claims they have taken up the mantle and will continue to work on the app.

Torrent Freak reports that Popcorn Time was written on the same API that YTS (formerly YIFY-Torrents) uses on their website. The statement from the site adds:

It’s our vision at YTS that we see through projects like these and that just because they create a little stir in the public, it doesn’t mean they are shut down. That stir is exactly what the public needs and it’s already evident that people are becoming more aware of copyright-related issues.

The creators of the original Popcorn Time wanted to make it as easy to stream a movie from a torrent site as people who subscribe to services like Netflix, Hulu or Amazon Instant Video. However, the team quickly ran into questions about its legality soon after its launch a week ago. On Friday, they announced that the program would be shut down, simply because its creators decided they wanted "to move on with our lives."

Even though YTS says they will continue development of Popcorn Time, the questions about the app's legal standing are still out there and will likely continue for some time to come.