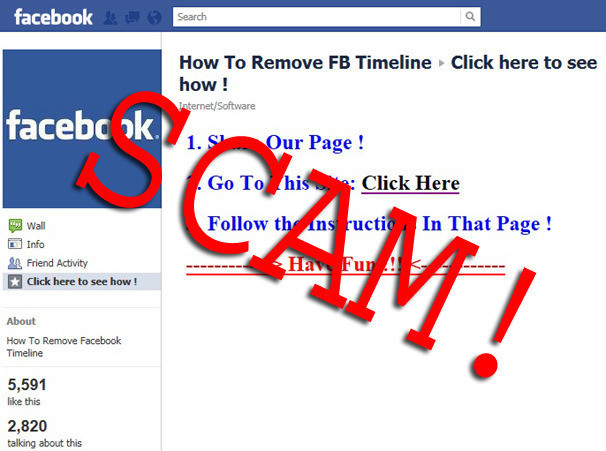 Hoax posts have taken on different looks and forms around Facebook, and have been around for quite some time. We have previously reported about a scam regarding the Malaysian Airlines flight MH17, where criminals posed as victims and led unknowing users to a post containing a malicious link. A fake video regarding the Oslo bombing back in 2011 also reached the website.

According to the spreading hoax, a single Facebook post will legally prohibit the company from using the user's personal information or data for ads without permission. Facebook has a new privacy policy that allows such an act to be done by the company, which then led to the scam.

An example of the hoax has been posted. It says:

Due to the fact that Facebook has chosen to involve software that will allow the theft of my personal information, I state: at this date of January 4, 2015, in response to the new guidelines of Facebook, pursuant to articles L.111, 112 and 113 of the code of intellectual property, I declare that my rights are attached to all my personal data drawings, paintings, photos, video, texts etc. published on my profile and my page. For commercial use of the foregoing my written consent is required at all times.

Those who read this text can do a copy/paste on their Facebook wall. This will allow them to place themselves under the protection of copyright. By this statement, I tell Facebook that it is strictly forbidden to disclose, copy, distribute, broadcast, or take any other action against me on the basis of this profile and or its content. The actions mentioned above also apply to employees, students, agents and or other personnel under the direction of Facebook.

The content of my profile contains private information. The violation of my privacy is punishable by law (UCC 1-308 1-308 1-103 and the Rome Statute).

Facebook is now an open capital entity. All members are invited to publish a notice of this kind, or if they prefer, you can copy and paste this version.

If you have not published this statement at least once, you tacitly allow the use of elements such as your photos as well as the information contained in the profile update.

Other versions of the hoax message include an endorsement by BBC News and US TV.