It has been almost a year since Google became a wireless carrier, launching Project Fi to those lucky enough to be first on line to claim an invitation. Being that the service is no longer invitation-only, the firm is offering big discounts on the Nexus 5X for anyone that signs up, and the Android N Developer Preview is available, I thought it was time that I give it a try.

My apartment is a complete dead zone for AT&T, Verizon, and Sprint. Seriously, it's pretty bad. The only network that gets any service here is T-Mobile, which ironically gets five bars of LTE service.

Miles away at my girlfriend's house, everything gets two or three bars of service except T-Mobile, which gets a flat zero.

I've been an AT&T subscriber since 2010, only moving to my current location last June. AT&T had given me a 3G Microcell some time ago, so as long as I'm in my apartment and not roaming around the complex, I'm in good shape.

This usually becomes a problem once I get in my car. The car pairs with my phone via Bluetooth and the device struggled to play whatever podcast, audiobook, or music that I've chosen for it to stream. While audiobooks from Audible are downloaded to the device, it still struggles to contact Amazon to find out where I'm up to in the book. If I'm going somewhere that I might need GPS to get to, forget it.

Over the last nine months, I've come up with two solutions for these problems:

For this reason, I've often thought about using T-Mobile, but then I'll be in the exact same spot next time I'm leaving my girlfriend's house.

Devices that can use the service

According to Google, Project Fi only works on a Nexus 5X, 6, and 6P. There's also a variety of tablets that can use the service - including devices made by Apple and Samsung - but we'll get to that in a bit.

Of course, if you're a T-Mobile or AT&T subscriber, you can pop your SIM into any GSM phone and it will work. You might not get LTE, but you have the right to make that sacrifice in order to choose the phone you want.

This was without a doubt the most surprising revelation in the time that I spent with Project Fi. You can use the service with any unlocked device, and even devices that are locked to T-Mobile's network.

NOTE: I tried testing Project Fi on a Sprint device. The LG G3 that I used said that it was an incompatible SIM; however, Sprint phones being what they are, it still worked for the previous number that the phone used. I did not have a Sprint phone to use that wasn't previously activated.

Of course, you will likely be making a sacrifice here as well. The first non-Nexus device that I tested was the iPhone 6s Plus, which worked flawlessly. The reason that the iPhone isn't officially supported is because Wi-Fi calling doesn't work, and it can't switch between networks in the same way that the supported devices do, although I got great service on the device in places where T-Mobile gets none.

Next up is Windows phones. Upon inserting the Project Fi SIM into any unlocked Windows phone, the device will ask you to choose a SIM profile, for which I chose T-Mobile. The device works fine for calls, cellular data, and sending SMS messages, but you can't receive texts. We'll get to that in the messaging section.

Windows phones do not switch between T-Mobile's and Sprint's networks when using Project Fi. Whether that's an issue with hardware or because I was forced to choose a T-Mobile cellular profile, I surely don't know. I tested the service on a Lumia 635 (T-Mobile model), Icon, 930, and 950 (AT&T model, unlocked).

Finally, Project Fi does not support Wi-Fi calling on Windows phones either. This was something that I tested on the Lumia 635. Since it's a T-Mobile device, it has the Wi-Fi calling feature built in, but it won't connect.

This was among my more frustrating experiences with the service. I had bought my Nexus 5X and it was coming with a Project Fi SIM, but I wanted to go all-in and hook up my iPad Air 2 as well.

There was only one problem. I simply couldn't figure out how to add a data-only SIM to my order. Even Project Fi's FAQ says little to nothing about data-only devices.

I went so far as to call customer support, but the result was less than satisfying. They will not send you a data-only SIM until you activate a phone on the service.

I understand the idea of activating the phone before activating the data-only SIM, but the fact that they wouldn't at least send me one in the same package made my life just a little bit harder, and for no good reason.

The other good news is that you can pretty much set up any device as an additional phone, using Hangouts and Hangouts Dialer for texting and voice calls, respectively, all without paying the additional $20 for talk and text.

The bad news is that the service doesn't seem to work well with an iPad Air 2, despite being an officially supported device. Whenever I'm in the T-Mobile dead zone, I just don't get any service. 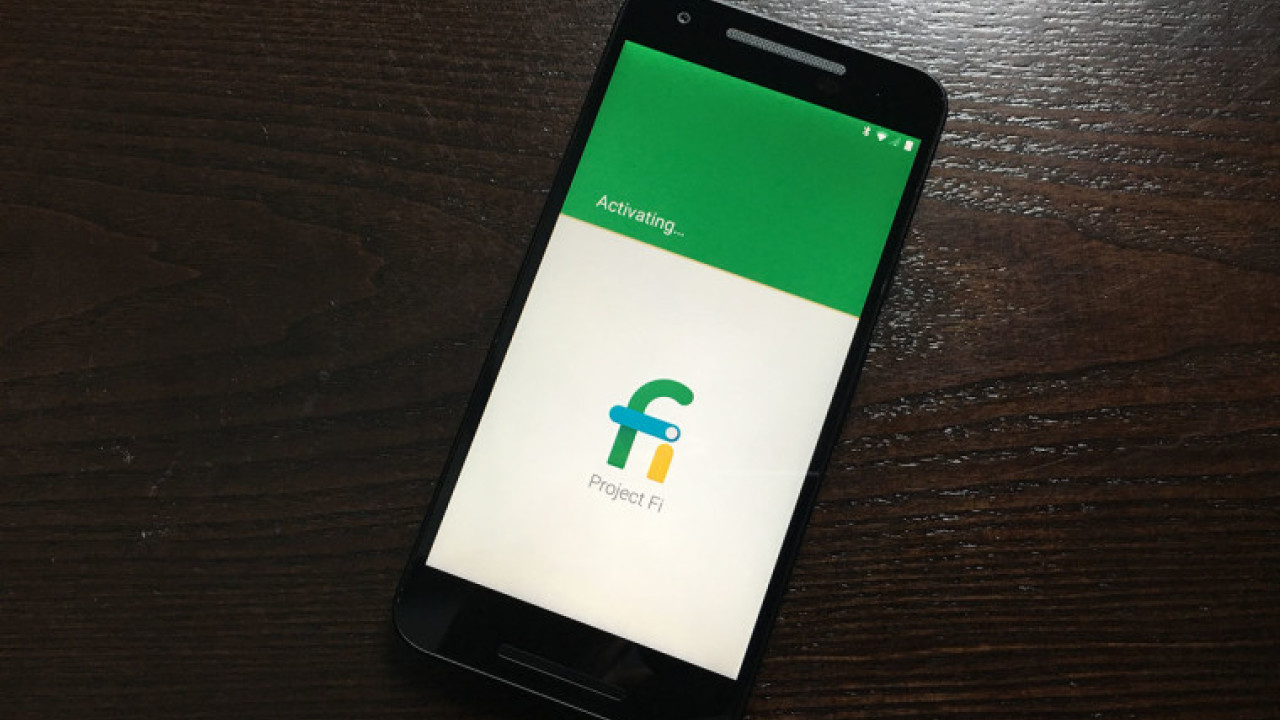 When Project Fi was announced, it was designed to be the first "fair" carrier. You pay $20 for unlimited talk and text, $10 per gigabyte of data, and whatever you don't use gets refunded back to you. There are no overage fees. If you go over the data you pay for by 500 MB, you get charged $5.

If it's not clear by the refunding, this is a prepaid service.

While I appreciate the idea of only paying for what I use, the $20 for talk and text seemed excessive and unnecessary. After all, I can pop a data-only SIM in a phone and use it as such. Why can't I only have a data-only SIM?

Normally, I use a Google Voice number for texting and calling. As I'm a sort of edge case that carries at least three phones at a given time, it's nice to have one phone number that reaches all of those devices, as well as the ability to text from my PC's browser.

So what am I really getting for that $20? I'm certainly not getting a phone number. If we broke down my talk and text usage into data amounts, it would surely be less than the 2 GB of data that I would get for that price. 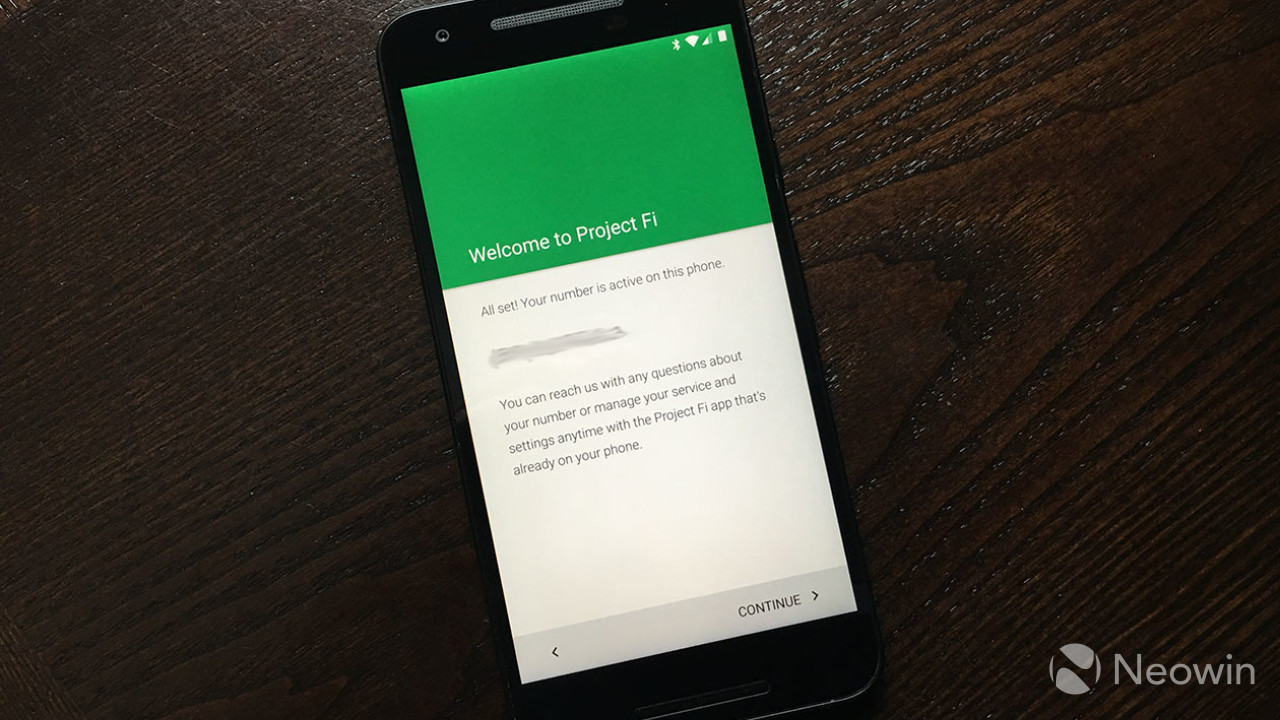 It seems silly that I would have to bring something like this up, but SMS messaging is a mess.

Here's the deal. You're using Hangouts and that's the end of the story.

You can send texts from your regular default messaging app, but when someone responds, it's going to come through Hangouts. Well, most of the time.

The one exception to the rule seemed to be whenever I had a two factor authentication text come in from a Google account. For some reason, that would come through on the default messaging app. This is also frustrating when you need that verification number and you're waiting for it to come in through Hangouts in the browser.

Update: It is possible to switch SMS messages over to your default messaging application by going into Hangouts settings and turning off Projectr Fi SMS; however, then you won't be able to send and receive texts from a browser in Hangouts. 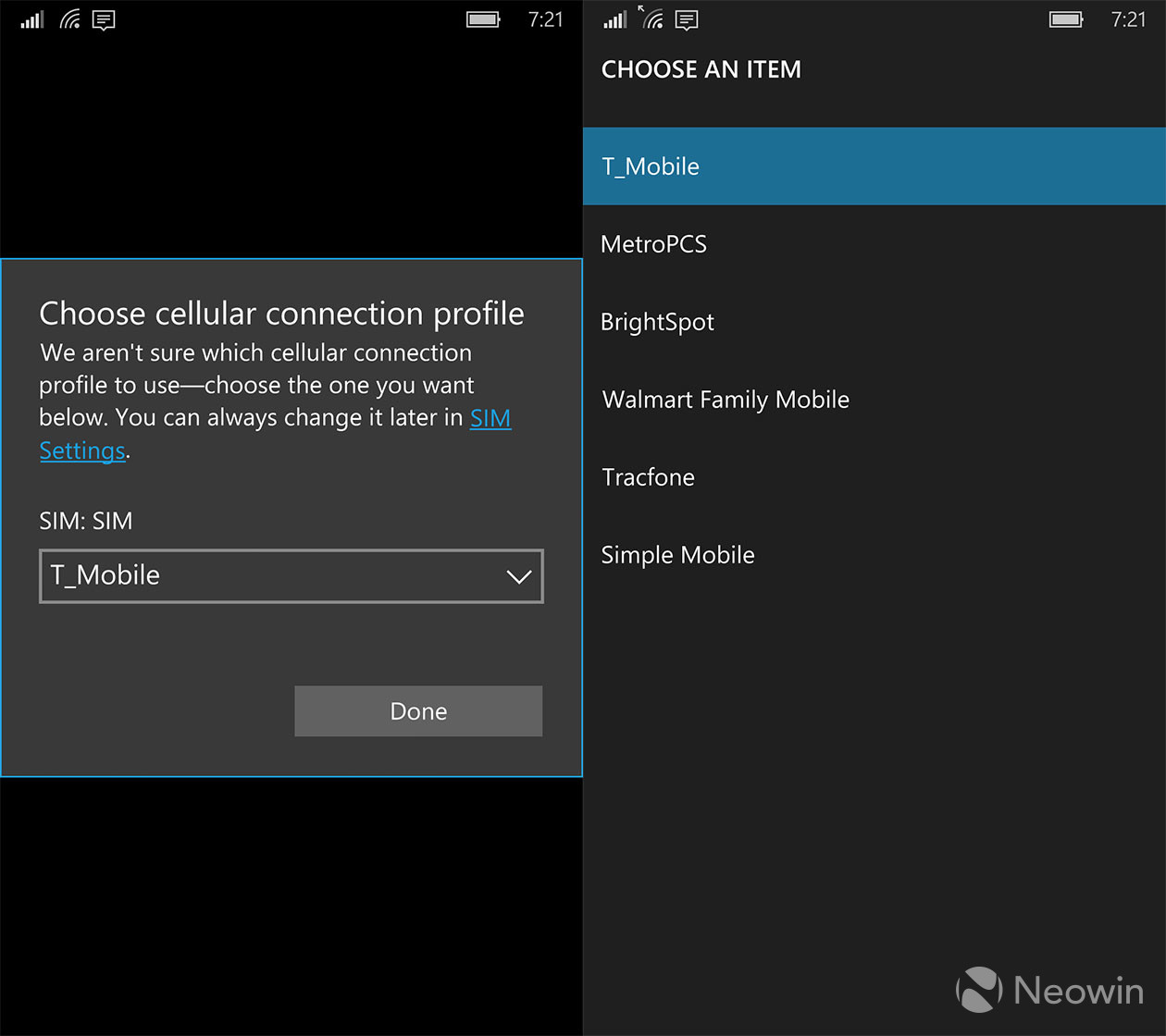 As mentioned above, using Project Fi on a Windows phone sticks to T-Mobile's network and Wi-Fi calling doesn't work. The part that makes me feel better is that you have the freedom to make that sacrifice if you wish.

You also cannot receive text messages when using the service on a Windows phone. As mentioned earlier, all SMS messages received come in through Hangouts and this app does not exist on any Windows mobile platform.

You will, however, receive Google two factor authentication texts.

Update: As mentioned above, SMS messages integration can be removed from Hangouts. Unfortunately, this doesn't fit my purposes of having one phone number across devices.

As far as the service goes, Project Fi is top notch. The caveats include the devices officially supported and the $20 fee for talk and text.

Note that much of this review was about unsupported devices. That's because Google explicitly says that it will only work with three phones. While the service works on others, there will be sacrifices made, which range from minor to severe. In other words, they range from missing something simple like Wi-Fi calling to something major like not being able to receive SMS messages, depending on the kind of phone you use.

Of course, if you're a straight up Nexus user, you're good to go. The service works great on those devices, but seriously, who carries around only one phone? It's perfectly normal to carry around three phones at any given time, right? Right?

While I found the $20 for talk and text to be excessive and even unnecessary, it's still the best deal that you're going to come across, at least in the US. You pay for exactly how much data you use and you don't get charged extra to add tablets to your plan.