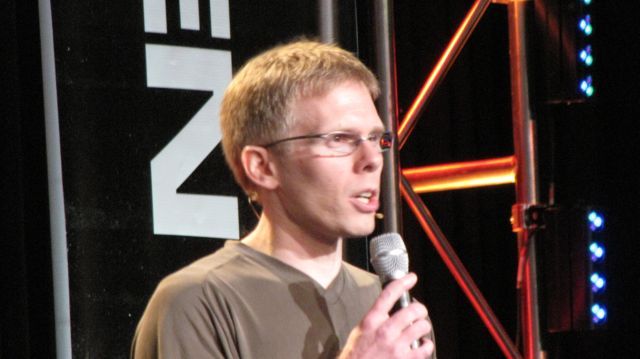 QuakeCon 2011 is in full effect in Dallas, Texas this week and the event began in style with id Software’s master programmer John Carmack delivering his annual QuakeCon keynote address. You can always count on some things when Carmack speaks at QuakeCon. One is that he will seem to talk without taking a breath for 90 minutes at a time. Another is that when he talks about game and graphics engine programming, most of what he says will go way over the heads of most of the audience. Finally you can always count on Carmack to come up with more than a few nuggets of news and opinions on programming and other aspects of the game and the graphics industry. In this case his QuakeCon 2011 address was par for the course.

Here is just some of what Carmack talked about during the keynote … the stuff that we could understand, in any case

Carmack will return to QuakeCon on Friday to participate in a panel with others from id to talk about the 20th anniversary of the game developer. Hopefully we will learn more about id and maybe a little more about the next Doom game as well.