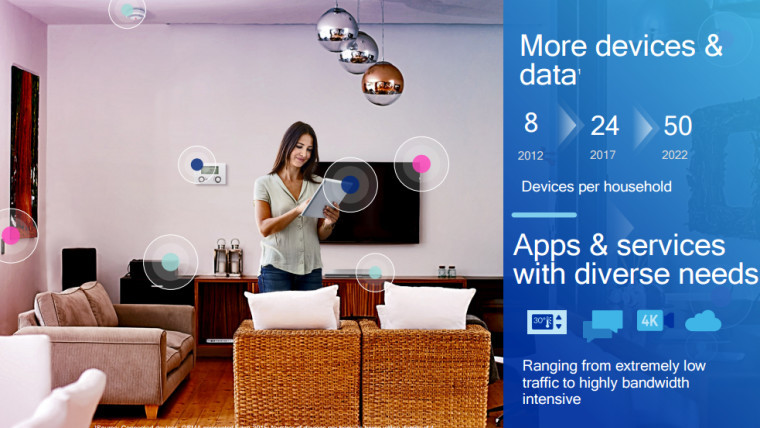 Qualcomm has unveiled today its first two products with support for 802.11ax Wi-Fi technology. The two networking devices announced by the chip-maker are designed to perform well under heavy loads and numerous simultaneous users.

Wi-Fi advances have generally focused on top speeds with each successive generation pushing bandwidth and transfer rate technologies. However, as more and more devices are coming online, and even more are expected to follow suit with the advent of the Internet of Things, our airwaves have become very congested. This is where Wi-Fi 802.11ax steps in, as the next version of our wireless communications technology.

802.11ax is designed from the ground up to maximize throughput and transfer speeds on networks that have to simultaneously handle multiple users and operate in a crowded radio environment. By utilizing new technologies, including some from cellular LTE advances like OFDMA, the new generation of Wi-Fi devices can ensure more people have better transfer speeds and connections.

And this is the point at which Qualcomm has joined the market, with it claiming to be the first company to announce end-to-end commercial solutions, supporting 802.11ax. The company can make this claim, because unlike some of its competitors, it unveiled two chips today, one aimed at enterprise access point use, with the other being designed for end-use in consumer products.

The IPQ8074 chips are designed for commercial and enterprise access, featuring a MU-MIMO 12-stream solution: 8x8 5 GHz plus 4x4 2.4 GHz. The system-on-a-chip supports 80 MHz channel width and comes with a Cortex-A53 quad-core processor running at 2Ghz and a dual-core network processor. The 14nm SoC can also support up to four Gigabit MACs as well as NBASE-T with two 10G interfaces. 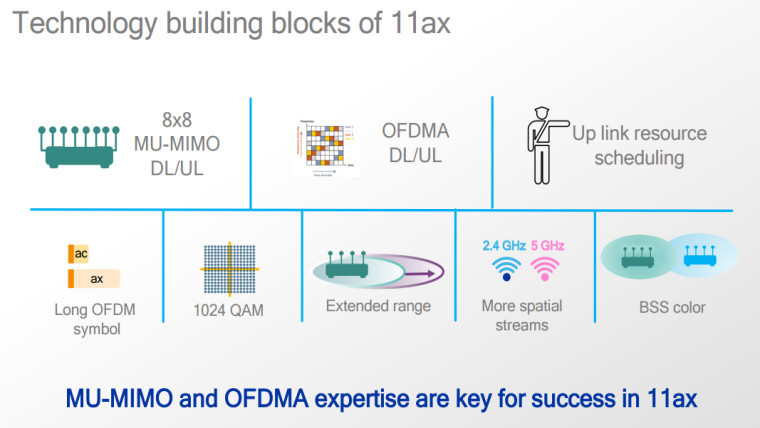 Meanwhile, the QCA6290 chipset is destined for consumer devices, made on the 28nm process and supporting 2x2 802.11ax connections with concurrent dual-band operation. The chipset is built with power-saving in mind, supporting both 802.11ax power saving technologies, as well as some of Qualcomm’s own proprietary battery conserving tech. As such, the company is suggesting this device is suited for direct integration into computing systems, rather than being used in a USB WLAN adapter.

Qualcomm believes routers based on the IPQ8074 SoC will show up in the market before the end of the year, with end-user devices with the QCA6290 chipset being expected later in 2018.