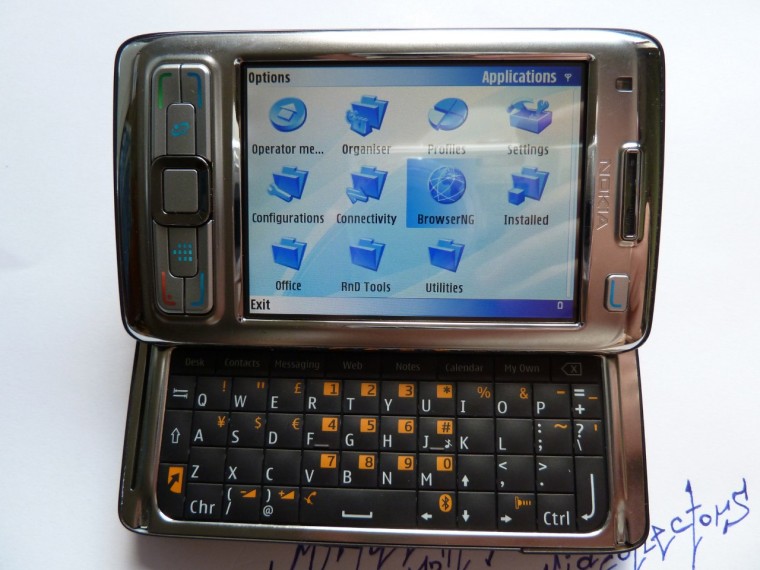 Last week, a rare Nokia N950 was put up for sale, which should be ending its auction within the next couple of hours. This week, we get a glimpse of an even rarer Nokia prototype, the RM- 137 or what is being dubbed the Nokia E80.

Although the handset was never officially released, we get the feeling that this was a hybrid device similar to the Communicator series. The device's keyboard looks similar to what you would find on a Nokia N900 and its unique hinge design is something found on a Nokia N97 and N97 Mini. While it's difficult to place when this device was produced, due to missing time stamps and lack of information from the forum post, but this is definitely a unique looking device.

Unfortunately, the RM-137 is not available for sale and will most likely never be put on the auction block. But, its good to see something so unique being unearthed years after Nokia abandoned Symbian and Meego in exchange for Windows Phone.

For those interested, hit the source link below for more pictures.