It's been a long waiting game for people anxious to get their hands on the ultra-cheap Linux powered Raspberry Pi PCs. The $35 version of the PC went on sale in early March. However, the company behind the PC, the Raspberry Pi Foundation, later reported a small hardware-based delay. Now, the Raspberry Pi PC has hit yet another stumbling block. 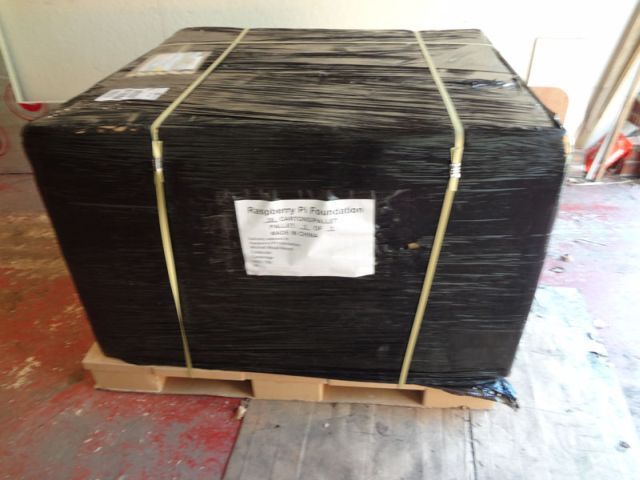 According to the newest post on the company's blog, the good news is that the first 2,000 units have now arrived in the UK (you can see a picture of the package they came in above). The bad news is that the PC's two distributors, RS Components and element14/Premier Farnell, have now said they won't start shipments until the Raspberry Pi PCs get their CE mark.

For those of you who might not know what that is, a CE mark is the conformity mark that must be put on a product before it can be sold in the countries that are a part of the European Union. The blog post states:

On the basis of preliminary measurements, we expect emissions from the uncased product to meet category A requirements comfortably without modification, and possibly to meet the more stringent category B requirements which we had originally expected would require a metalised case.

Hopefully this is the final hurdle to be jumped over before the first batch of the PCs can finally be shipped to its customers.