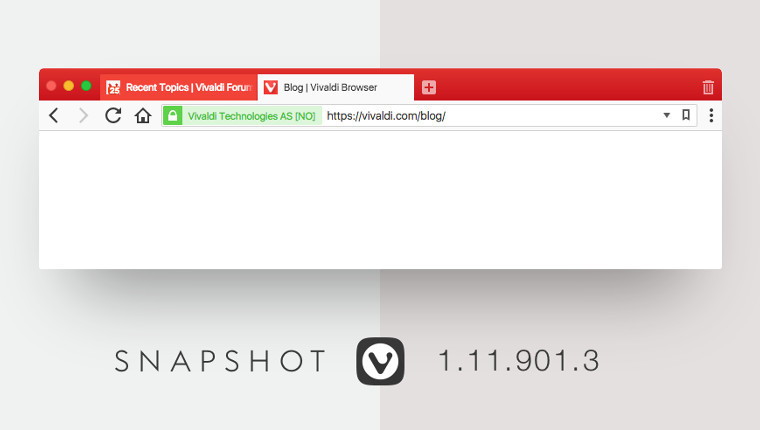 The developers behind the Vivaldi web browser have launched a new snapshot build which introduces a brand new logo for the browser. With this release, the team behind Vivaldi has also fixed a bunch of media issues which were affecting users’ ability to playback content on Windows 7.

Regarding the media playback issues, Maria Popova from Vivaldi, said:

“While we make the most of the summer time, we are working relentlessly to bring you a better experience of watching videos. We are continuing to fix more media issues but for now you can go ahead and watch videos on TED.com smoothly without any interruptions.”

With regards to the icon change, there’s not too much that’s different; the square border has been replaced with a ‘squircle’, which Popova describes as “snazzy”. It’s debut is with snapshot 1.11.901.3 and will be used in new updates too.

The last major change that’s worth mentioning about this release is that it now runs atop Chromium 60.0.3112.55. The release also comes with a known issue meaning that Linux users will not be presented with a save password prompt.