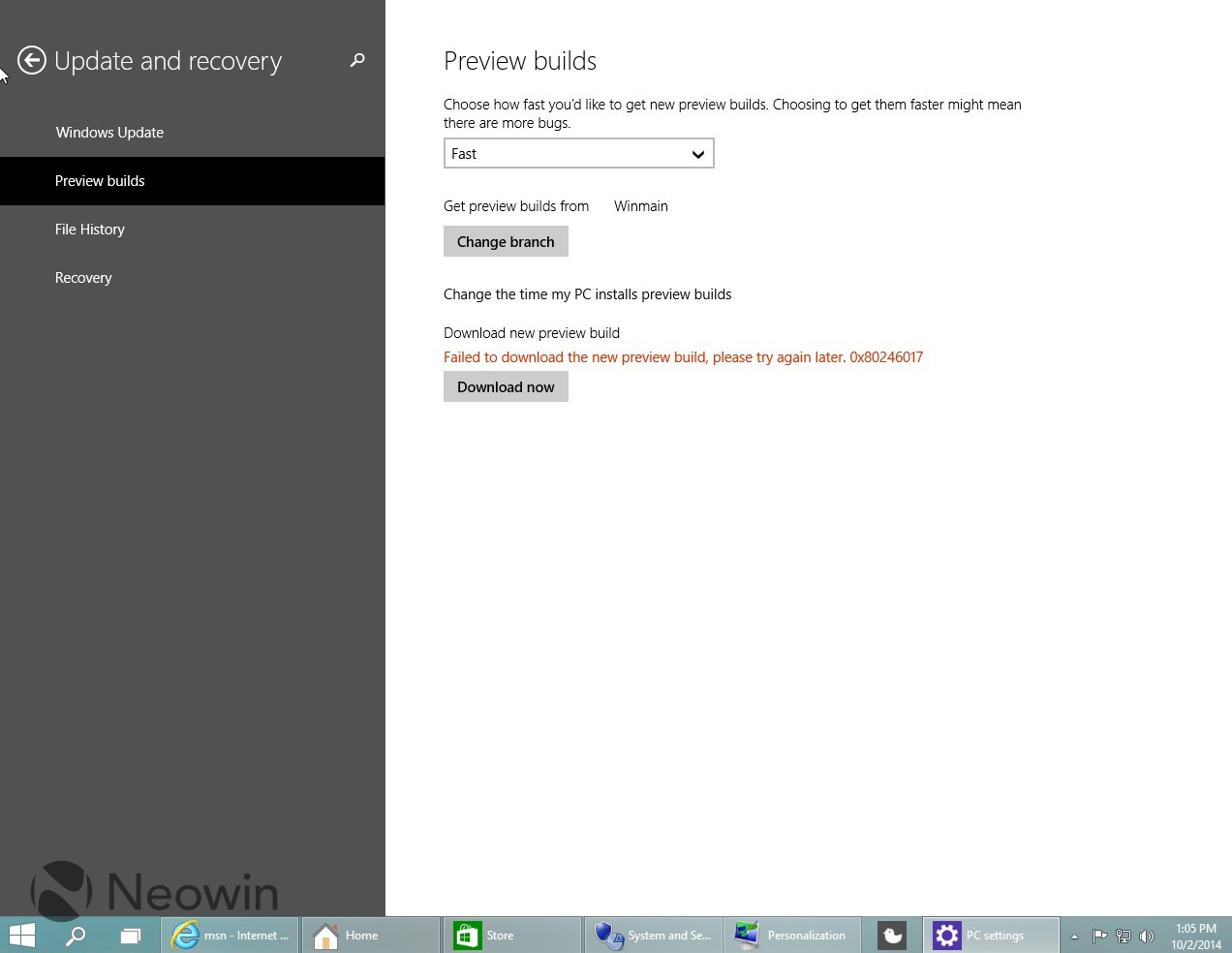 Windows 10 is now being used by thousands (maybe millions) of users around the globe and with that many eyeballs on the platform, hidden gems will be uncovered. Thanks to the dozens of tips and tweets sent our way, we've learned that there is a simple registry tweak that gives you access to more Windows preview update options.

Before we go any further, screwing around with your registry is not for everyone. If you delete the wrong item, add something incorrectly, or generally screw around with it, you can kill your install of Windows. Therefore, if regedit is a foreign term for you, turn back now.

That said, by adding two DWORDS, ThresholdInternal and ThresholdOptedIn to HKLM/SOFTWARE/Microsoft/WindowsSelfHost/Applicability and setting them to 1, you can see the options posted above. We have added the items and confirmed that this does work but it's mostly for visual flair at this point as the features don't appear to actually do much.

The first drop down allows you to chose how quickly you want to receive preview builds with the warning that choosing the faster option will result in more bugs. The second option is to change the branch that your builds will pull from and for simplicity sake, winmain is the general release branch for Windows.

Finally, when you enable these 'features' it does say that there is a build ready to be downloaded but alas, it fails every time. It is likely some sort of authentication mechanism is failing since this feature is probably for internal testing only.

For now, this is a novelty until someone figures out the missing pieces of the puzzle to gain access to the newer builds using this process. Like we said earlier, do not attempt to enable these features if you do not know your way around the registry because right now, they don't provide any benefit to the user.

Thanks for all the tips everyone!