After last weeks trip to Monkey Island, we've decided to return to sanity, for the time being, at least. Unless you're a real Atari guru, chances are that you've never even heard of today's title, let alone played it, but you're probably familiar with its source material.

The Lord of the Rings: Journey to Rivendell was the first attempt to adapt J.R.R. Tolkien's 1954 novel into a video game, but it wouldn't see the light of day until nearly 20 years after it was announced in a Parker Brothers catalog. Even though Parker Brothers told inquiring fans that the game was sold out, the truth was that it never got past the prototype stage, and would remain so until it showed up on AtariAge. 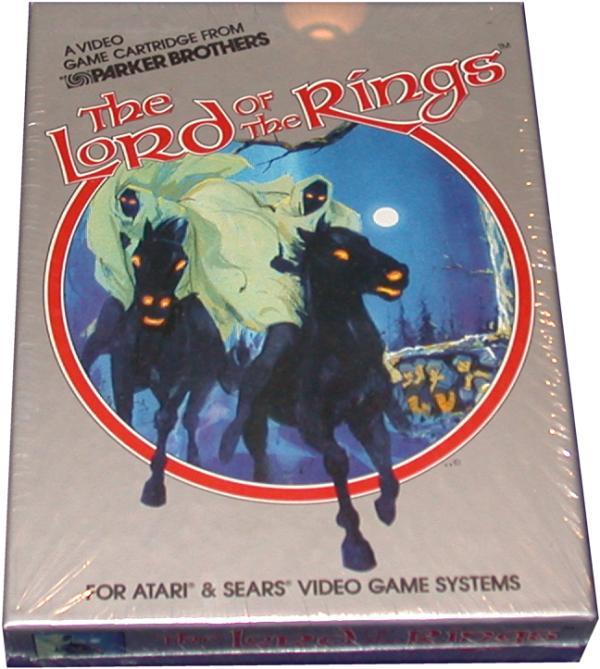 As to why it never got past the prototype stage, we're not exactly sure. It seems to be pretty much finished, and it's not that bad, as far as ambitious Atari 2600 titles go. It's probably the oldest game that we've seen to feature a day-night cycle, and it's basically an open world title, although there's not much in the way of interaction.

Like the title suggests, the goal of the game is to reach Rivendell, so it's (quite) loosely based on the earlier parts of The Fellowship of the Ring. The gameplay is a little bit hard to describe, since there's really nothing to compare it to. It's a pretty primitive RPG, and it throws you into a world that's composed of different areas. For example, there are forest areas, road areas, town areas, and so on. 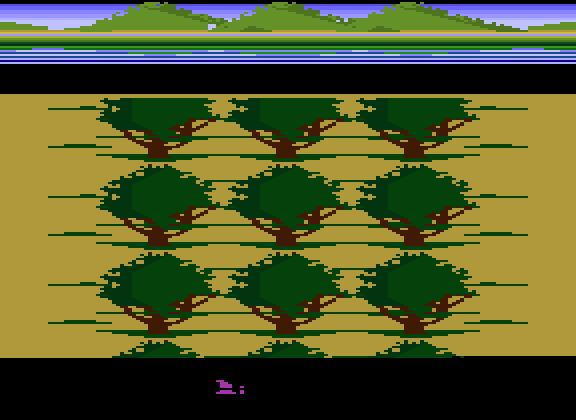 You – you're supposed to be Frodo, by the way – are alternatively portrayed as either a generic humanoid figure or a square. Rather than resorting to a cumbersome control scheme like other titles, the developers decided to embrace the 2600's single button bliss and have you go unarmed, save for the One Ring, which can make you change colors and flash in a seizure inducing pattern. Err, we mean turn invisible.

When it comes to 2600 games, or really anything of this technological level, we really prefer simple and addictive. Journey to Rivendell really isn't complicated, but it's just not all that fun. Nothing really happens here, it's just wandering over a barren, repeating landscape while avoiding Black Riders. Sure, there's a little bit of novelty if you're a Tolkien fan, and the whole concept of an open world might've been exciting at the time, but it really has not aged well. 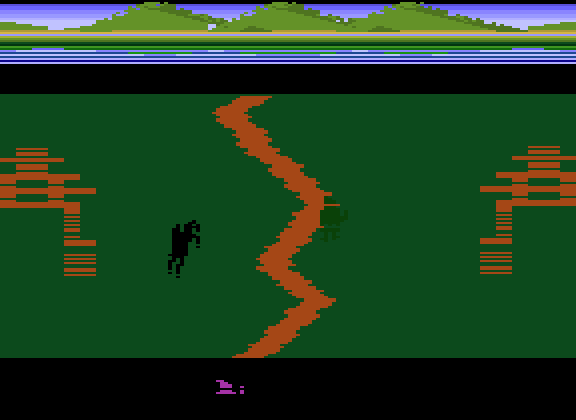 If you're interested in checking the game out, you shouldn't have too much trouble finding it online and emulating it, although you didn't hear it from us. If you just want to try out some retro Tolkien gaming, you'll probably be better off sticking with the tried and true text adventures, like 1982's The Hobbit. If you simply must have graphics, give The Riders of Rohan a try, or The Lord of the Rings, Vol. 1 for PC or SNES.