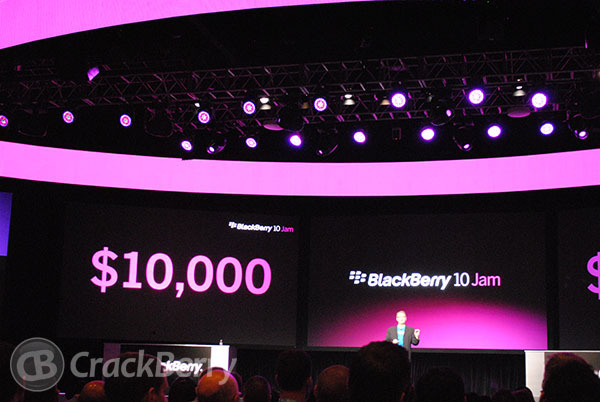 What does this mean? Basically, the app maker is guaranteed by RIM to be paid $10,000 in revenue for a Blackberry 10 app's first year. If for some reason the app doesn't make that amount in the first year, RIM will pay the difference.

However, the fact that RIM is making this kind of move at all shows that the company knows that a smartphone and its operating system are only as good as the quality apps that are available for those products. It will be interesting to see how app developers will respond to this promise of money, even if the app doesn't sell well.