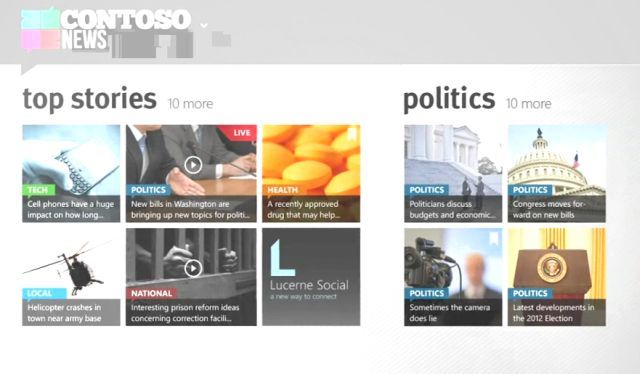 Windows 8 Metro apps not only have to be informative and responsive, they also have to feature animations that are, to use Microsoft's often repeated phrase, "fast and fluid". In the newest post on the official Windows 8 app developer blog, Microsoft offers Metro app makers some tips on how to create the best looking animations they can for their software creations.

In Windows 8 many of the animated elements are composed by a composition engine that runs on a separate thread. The engine’s work is offloaded from the CPU to the GPU. Moving composition to a non-UI thread means that the animation won’t jitter or be blocked by the app working on the UI thread (such as JavaScript code execution or sync operations). The GPU hardware is optimized for delivering visually rich graphics and makes use of video memory resources. Using the GPU greatly improves performance, allowing animations to run at a smooth and consistent frame rate.

Of course, some app creators might be more ambitious and want to code in some custom Metro-style animations. Windows 8 supports this kind of programming as well and the blog also offers some example code of some custom animation that is not part of the Animation Library, along with a few guidelines for JavaScript and XAML-based apps.