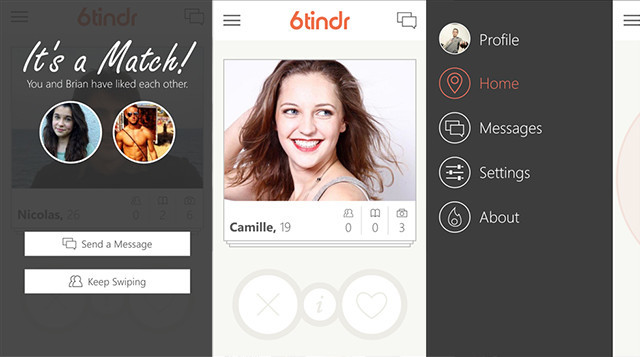 A few days ago, famed Windows Phone app developer Rudy Huyn had his latest creation, 6tindr, published in the Windows Phone Store. The messaging app is an unofficial third party substitute for Tinder, which currently is only available for Android and iOS.

Late on Friday, Microsoft removed 6tindr from the Windows Phone Store, at the request of Tinder. Apparently they didn't appreciate Huyn making his own app, according to a post on his Twitter account.

6tindr has been removed from the store, I received a complaint from @Tinder , sorry WP users, tinder doesn't seem to like you (1/2)

6tindr had received a big update just before it was taken down, which added features such as sending messages using voice recognition and a way to save photos from contacts to a phone, among other things. Huyn has already written an open letter to Tinder explaining why 6tindr should be restored, which he posted as an open document on his SkyDrive account. In his letter he stated:

If you want me to remove 6tindr from the Windows Phone Store I will respect your wishes, however I appeal to you that we work together so we can provide your new Windows Phone users - who are clearly passionate about using your service - with an awesome Tinder experience.

We have contacted Tinder to see if they wish to offer their own comment and will update this article if a response is received.