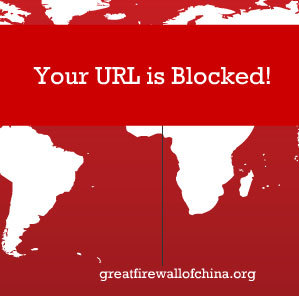 In 2008 the great firewall of China blocked the most popular social networking site in the world, Facebook. Later on, Google was blocked and since then, Google services have been fully blocked in mainland China. It didn’t look very good for the big web corporations to have a future in China, until now.

Facebook is rumored to be coming to China through a partnership deal with a Chinese Internet giant in order to gain access to the country. However, going down this route to get into China won’t be easy for Facebook, but with China having 500,000,000 Internet users it’s something that they are probably willing to go far for.

Near the end of 2010, Mark Zuckerberg, founder and CEO of Facebook, took a trip to China which he called a personal vacation and met some important figures in the Chinese web industry. Such prominent figures include Robin Li, co-founder of China’s most popular search engine Baidu, Jack Ma, the head of Alibaba group, Charles Chao, CEO of Sina.com and Wang Jianzhou, CEO of China Mobile.

Numerous sources were speculating at the time that it was possible that they were discussing entry for Facebook into China and giving Zuckerberg the opportunity to learn about the Chinese market.

Hu Yanping, director of the Data Center of China Internet posted a message on Sina Weibo, a Chinese Twitter-like service. The message translates as ‘“Facebook really is about to enter China, the agreement is signed. A domestic website will work with Facebook to create a new site. This new site is not interlinked with Facebook.com. Will this live or die in China?”’

Zuckerberg has been quoted saying "[China] it’s such an important part of the world. How can you connect the world if you leave out 1.6 billion?’"once before and so all the evidence seems to point that the rumor is indeed true. If it is true, then it would mean they have a signed agreement with either Baidu or Sina, with both companies able to give Facebook access to China.