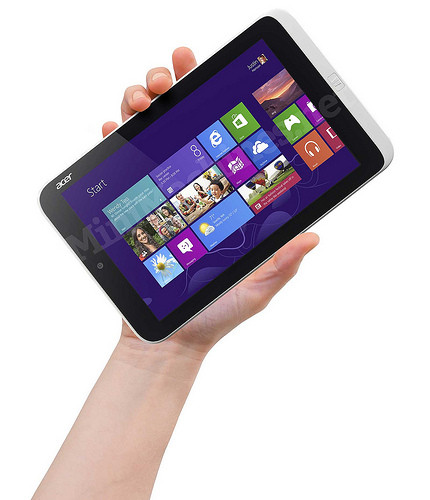 Last week, Microsoft admitted it was working with PC OEMs to launch a number of Windows 8-based touchscreen products with smaller screens. Today, a French website claims to have what appears to be the first real example of these smaller Windows 8 tablets.

The Minimachines.net website has posted the images of what it says is the Acer Iconia W3, an upcoming Windows 8 tablet that features an 8-inch screen. The site claims the tablet runs on Intel's Atom Z2760 processor with 2 GB of RAM and has front and rear cameras. 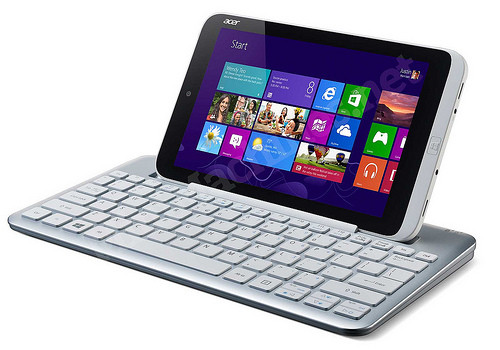 The images that have been uploaded to the site include an optional cover that can also be turned into a kickstand for the tablet. There are also images of the tablet connected to a physical keyboard that looks a little on the cramped side. It's possible that the keyboard could also serve as a battery extender for the Iconia W3.

Pricing for the tablet was not revealed in the article, but it claims that the Acer Iconia W3 could go on sale in time for back-to-school shopping. It's likely that this will be the first of many smaller Windows 8 tablets that will start popping up in the coming months.