British publication, Mobile Today, are reporting that Apple is poised to break O2's exclusive agreement for the iPhone 3G in 6 weeks time.

Apple will reportedly open the iPhone 3G to Orange and T-Mobile in a bid to boost sales. According to Mobile Today's sources the exclusivity will end as early as September, breaking Apple's two year exclusive deal with O2. However, Apple will continue to offer exclusivity to O2 for its' new iPhone 3GS device.

Orange and T-Mobile both sell the iPhone in other countries and are keen to offer the device in the UK. Mobile Today claims that sources said "O2 has been furious with the news and is concerned potential rivals will undercut its prices on the older model."

If the report is accurate then this could end O2's monopoly on the iPhone device and force prices down for the older 3G models and associated contracts. It's a good move for competition and consumers.

Update: O2 has supplied a short statement to Neowin (via Twitter) regarding this news stating "we have a multiyear exclusive with Apple - I'd suggest speaking to them about this." An Apple spokesperson declined to comment, claiming "Apple doesn't comment on rumour or speculation." 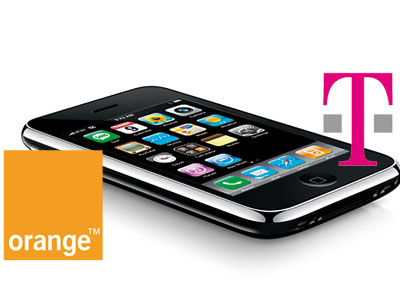