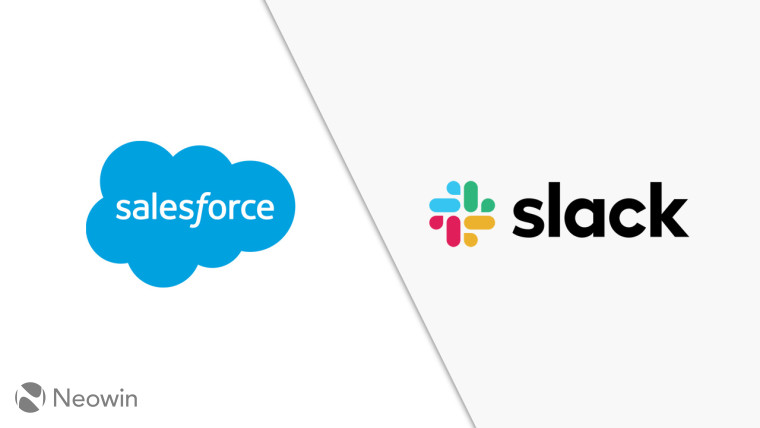 Less than a week after reports began floating of Salesforce’s potential interest in acquiring Slack, the two companies made it official today as the CRM giant will be acquiring the enterprise communication and collaboration offering for a whopping $27.7 billion.

The acquisition is the largest that the CRM giant has made, making it bigger than rival Microsoft’s acquisition of LinkedIn for $26.2 billion. Interestingly, the company’s share price dropped yesterday when rumors of today’s announcement began making the rounds since the deal could involve a dilution of shares of existing shareholders for the financing. However, Slack saw a bump in its stock price as talks of the announcement started spreading.

Salesforce CEO Marc Benioff said in a prepared statement that the companies are “a match made in heaven”. “Together, Salesforce and Slack will shape the future of enterprise software and transform the way everyone works in the all-digital, work-from-anywhere world”, Benioff added. Slack CEO Stewart Butterfield also provided a statement to TechCrunch, noting that the deal was “the most strategic combination in the history of software”.

Slack rivals the likes of Microsoft’s Teams, which is seeing widespread adoption, accelerated by the challenges brought by the pandemic. Slack has also reportedly lost 40% of its value early this year since going public, the infusion of capital brings a needed boost.

Additionally, Salesforce says that Slack will “Become the New Interface for Salesforce Customer 360”, adding that the service will be integrated into “every Salesforce Cloud”. With Slack Connect further expanding communication across organizations, the CRM giant says that the merger will “give companies a single source of truth for their business and a unified platform for connecting employees, customers and partners with each other and the apps they use every day, all within their existing workflows”.