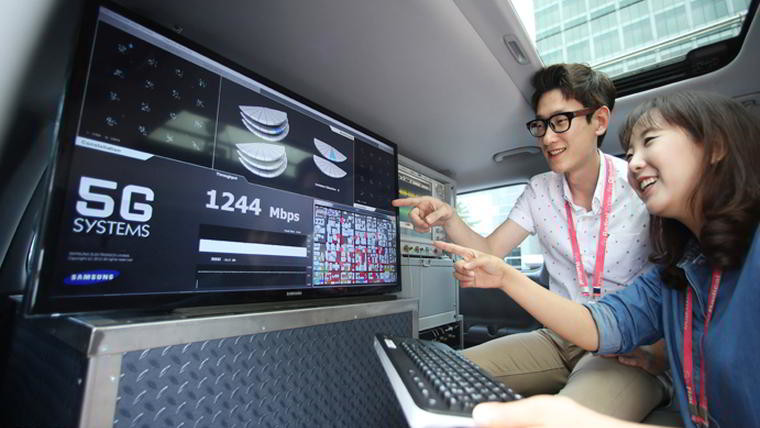 Samsung has been collaborating on 5G with South Korean telecommunications operator SK Telecom for many years now. In 2017, they jointly launched the first Korean LTE-railway network. Today, both South Korean firms have announced the successful completion of the country's first interoperability test between 5G Standalone (SA) Core and other commercial network systems, carried over a 5G network. With this result, they believe that South Korea has now come one step closer to 5G SA commercialization.

Both companies have incorporated a number of modern technologies in the core, including data parallel processing, data acceleration, path optimization, among others. Furthermore, it offers additional functions used by operators such as billing, subscriber management, and operational convenience systems. According to the Samsung, completion of the interoperability test indicates that the 5G SA system is now ready to be launched commercially.

Jaeho Jeon, Executive VP and Head of R&D, Networks Business at Samsung Electronics, commented on the significance of this development, noting:

"The fundamental structure of 5G SA is built on a completely new configuration, successfully delivering the most optimized 5G service to customers and enterprises across numerous industries. Maintaining Korea’s leadership in network innovations through continuous investments in next-generation technologies is important to Samsung and SK Telecom, and the companies will continue to collaborate on developing and commercializing 5G SA."

The first South Korean 5G network was rolled out a couple of months ago, around the same time as it was in the US. Samsung's latest flagship, the S10, has a 5G variant that was released by various carries last month, including T-Mobile in the US, and EE in the UK, after initially being offered by Verizon in May.

Samsung and SK Telecom believe that data processing efficiency will be improved by threefold once 5G SA is commercialized. It is also noted to be well optimized for modern services such as autonomous driving, AR/VR, and more.