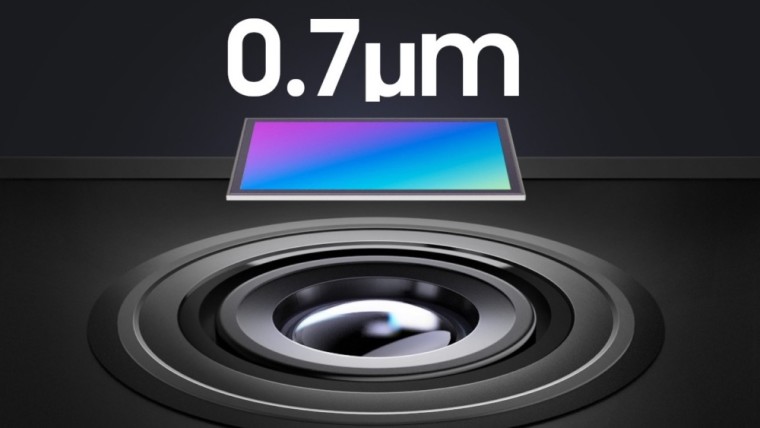 Samsung today announced four new ISOCELL camera sensors with up to 108MP resolution for upcoming smartphones. Compared to its existing camera sensors, Samsung has been able to make its latest sensors up to 15% smaller by switching to a slightly smaller 0.7um pixel size vs 0.8um. The height of the new camera modules is also 10% shorter than existing sensors while still delivering the same image resolution.

To improve light sensitivity and photo quality despite the reduction in pixel size, Samsung is using its ISOCELL Plus and Smart-ISO technologies on these sensors. The former helps in retaining the light hitting the sensor using a wall-like structure around the pixel while Smart-ISO adjusts the ISO depending on the light coming to the sensor. The new camera sensors will also feature ISOCELL 2.0 that will help in improving the light sensitivity of individual pixels by up to 12%.

The four new sensors announced by Samsung today include the 108MP ISOCELL HM2 that is 15% smaller than the 108MP HMX and HM1 sensors used in many flagship Android smartphones. It also features a faster phase detection autofocus solution called Super PD. The ISOCELL GW3 is a 64MP sensor for mid-range smartphones that features gyro-based EIS and video recording at resolutions of up to 4K60fps. Then, there's the 48MP GM5 that is meant for use in telephoto or ultra-wide angle cameras. It also supports 480fps slow-motion video recording at 1080p resolution. There's a very similar ISOCELL GH1 sensor with a slightly lower 43.7MP resolution.

Lastly, there's the ISOCELL JD1 which Samsung claims is the smallest 32MP image sensor measuring 1/3.14-inches. This sensor is primarily meant for being used as a selfie shooter in smartphones that come with a pop-up camera or a small notch. It also features staggered-HDR for brighter and clearer photos.

Samsung is already mass-producing the ISOCELL HM2, GW3, and JD1 sensors, with the GM5 currently being sampled to OEMs.