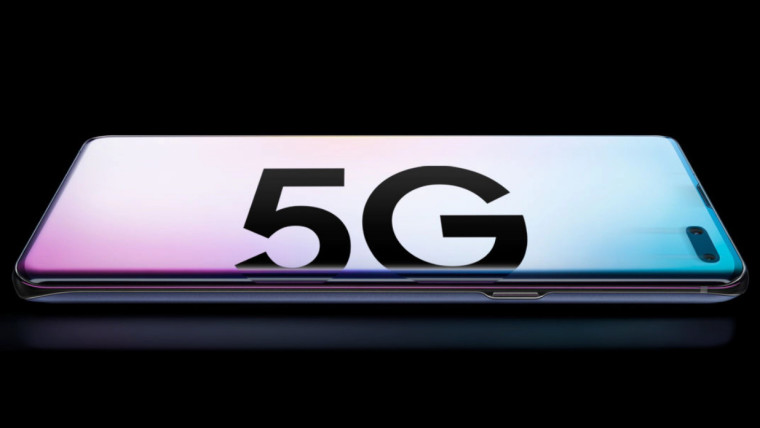 The Galaxy A90 has been the centre of much talk and speculation for a while now. It was rumored earlier on that the A90 would feature a sliding camera, although this was later debunked as Samsung came out with a different phone with such a camera design; the Galaxy A80. Last month, Samsung's upcoming mid-range addition to the Galaxy family was spotted on Geekbench.

In March the product page for the Galaxy A90 went live in the UK and more recently rumors started going around stating that Samsung was possibly testing a 5G version of the A90 in South Korea. Fast forward to today, a 5G variant of the Galaxy A90 handset seems to have received Wi-Fi certification.

The Wi-Fi Alliance officially certified the Samsung Galaxy A90 - model number SM-A908B - today. As seen on the certificate, the Galaxy A90 is a 5G-enabled smartphone. 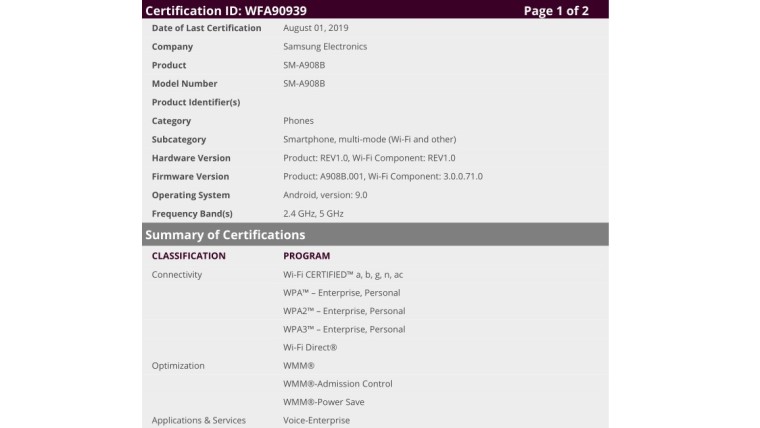 Apart from having a 5G variant and a 4G version, other technical specifications for the Galaxy A90 include Android 9.0 Pie as the base OS, Snapdragon 855 SoC and 6GB of RAM. It is also speculated that the phone might sport a 32MP+8MP camera and 45W fast charging.

As for an official launch date and pricing details, these facts are yet to be unveiled by Samsung. However, seeing as the Galaxy A90 has already been Wi-Fi certified, it's likely that the phone will be seeing the light of day very soon.