Samsung launches a new budget mid-range phone almost every month, but they are mostly forgettable smartphones that are inferior to the competition in terms of specs, pricing, and features. With the Galaxy M series, the company's philosophy is to attract the young and next-generation of consumers who primarily tend to shop online. This is also perhaps why the Galaxy M series of phones from Samsung is primarily only available through online channels.

The Galaxy M31s is the latest addition in Samsung's M-lineup of devices. It is an 's' upgrade over the Galaxy M31 from earlier this year with upgraded camera setup and some other notable improvements. The Galaxy M31 was a decent phone but it was overshadowed by other mid-range phones including the excellent Redmi Note 9 Pro. Does the 's' upgrade make the Galaxy M31s a more compelling option then? Let's find out in our review. 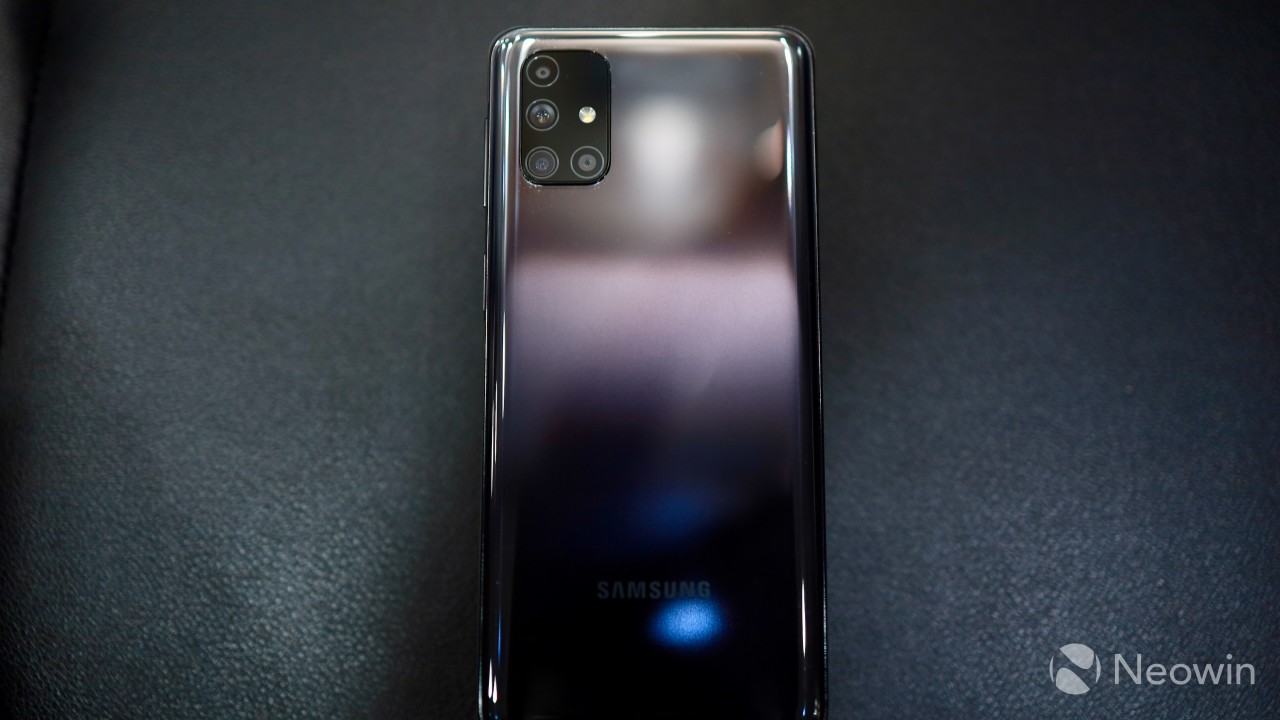 Take the Galaxy S20 design, replace the glass back with plastic, increase the size of the front bezels a bit, and you get the Galaxy M31s. The rear does not have any flashy design that Samsung offered on the Galaxy Note10 lineup, the Galaxy A31, or some of its other A-series devices. Instead, it has a glossy black finish, with the top half transitioning to a lighter shade of silver for a contrasting almost mirror-like effect. Thankfully, the camera hump is also notably smaller compared to the Galaxy S20 lineup, though that makes sense since the cameras here are nowhere near as capable. 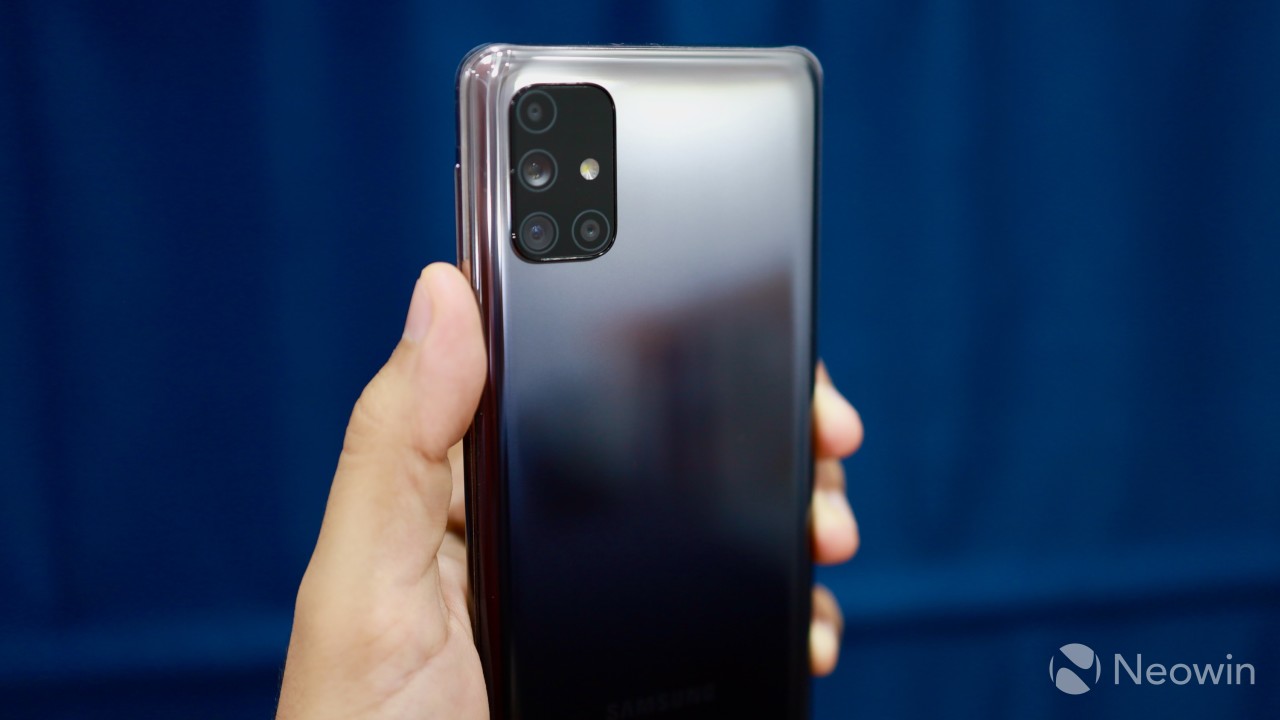 Pick up the Galaxy M31s and it is immediately clear that you are holding a mid-range phone in your hand. The plastic back and chassis mean the device does not feel as premium in hand as some other premium mid-rangers. However, most people tend to use a case on their smartphone so I won't say that the glasstic back of the Galaxy M31s is a deal-breaker. The bottom of the phone houses the USB-C port, 3.5mm headphone jack, and a mono speaker, while the right edge houses the volume rockers and the power button in which the fingerprint scanner is also integrated. The punch-hole in the display is located in the center at the top and it is smaller than what you would see on the likes of the Redmi Note 9 Pro series thereby making it less of an eyesore. 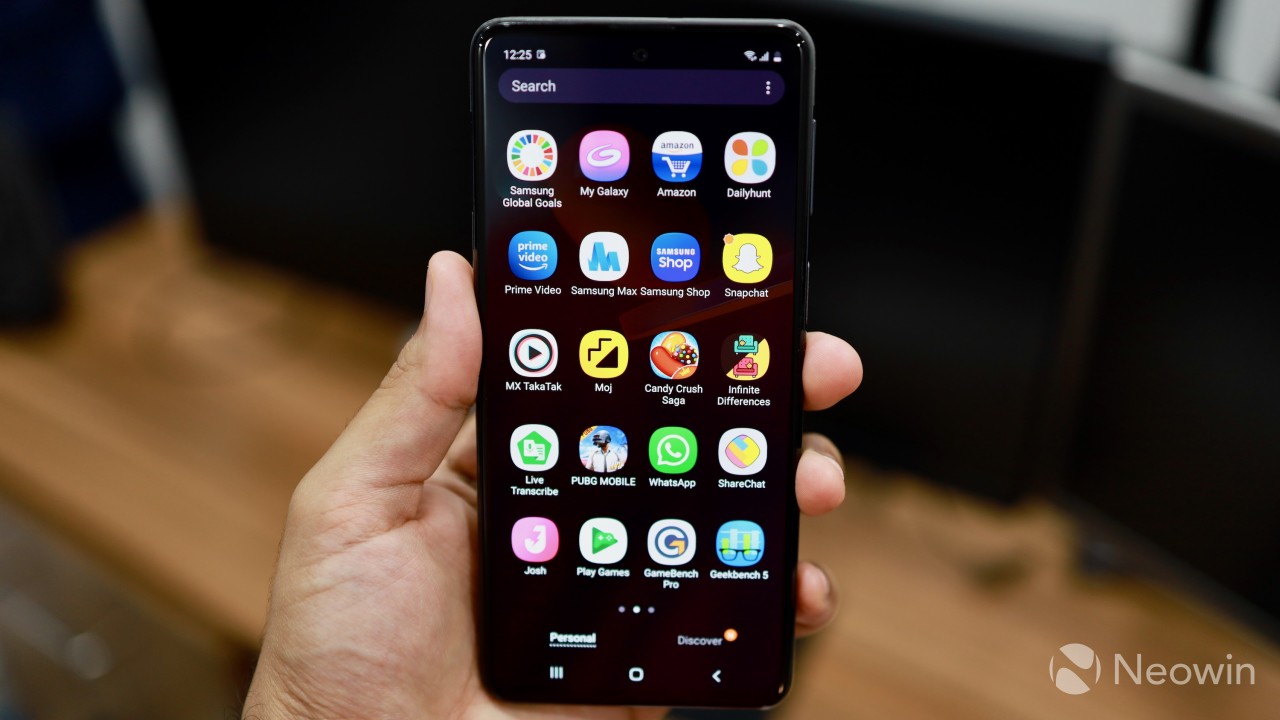 The Galaxy M31s is not the first mid-range phone from Samsung to use an AMOLED panel. However, it is the first mid-range phone from the company to use a decent quality AMOLED panel. The 6.5-inch display has all the characteristics that are typically associated with such panels -- great viewing angles and brightness levels, punchy colors and contrast. One look at the display and it is clear that Samsung is using a superior AMOLED panel here than what it has used so far on its other mid-range Galaxy M and A-series of devices. 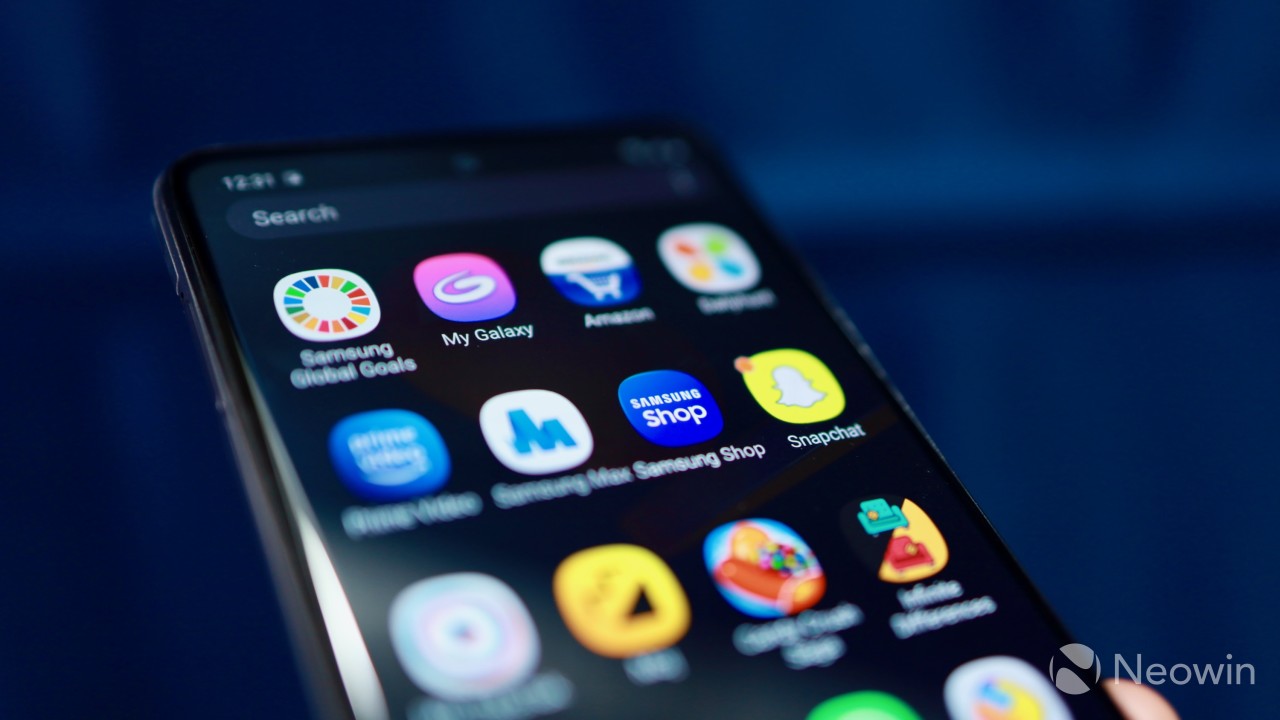 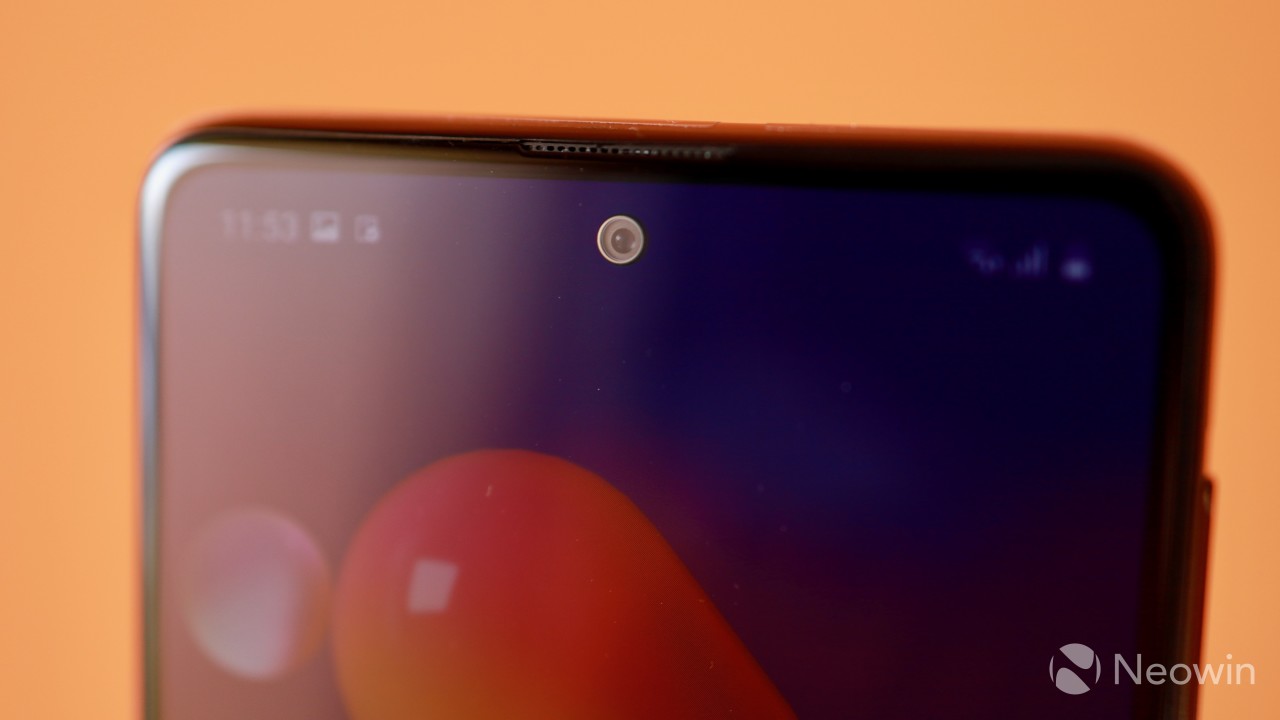 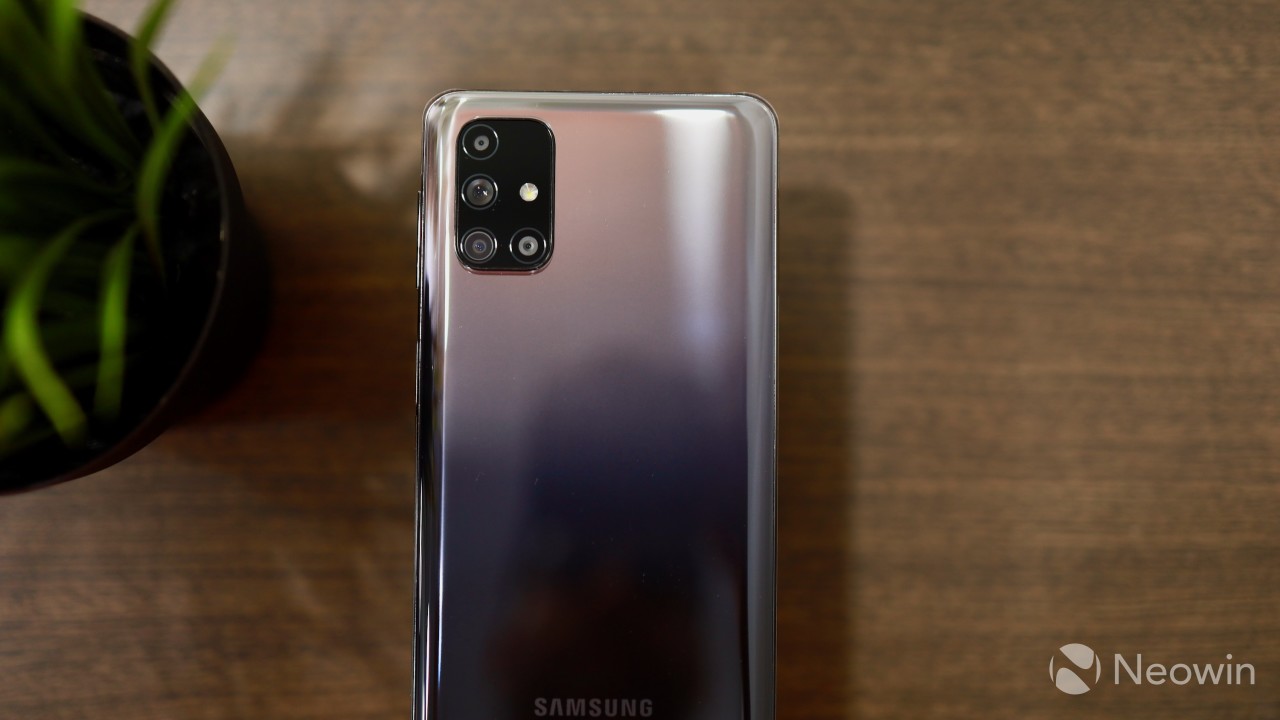 The Galaxy M31s comes with a pretty impressive camera setup on paper. The primary 64MP camera uses the Sony IMX682 sensor with an f/1.8 aperture, with the ultra-wide angle shooter having a 12MP resolution -- up from 8MP that we usually see in mid-range smartphones. There's also a 5MP depth and 5MP macro sensor.

By default, the 64MP primary camera takes photos at 16MP thanks to pixel binning. Images captured in daylight come out pretty good, with plenty of details and decent dynamic range. Samsung has shown good restraint from boosting the colors and contrast too much and make the photos look unrealistic. The primary camera is also able to take decent photos indoors, though there's an issue with sharpness in the images as one moves towards the edges. There's a big difference in the image quality between the primary and the ultra-wide angle camera though. The latter is notably inferior and there's a big difference in their color processing as well. The photos captured by the 12MP ultra-wide shooter in daylight are pretty good but as the light available reduces, so does its usefulness. One quirk I noticed with the Galaxy M31s primary camera is that when using Night mode, the phone tends to zoom a bit on the subject, a behavior that I am yet to see in any other phone so far. 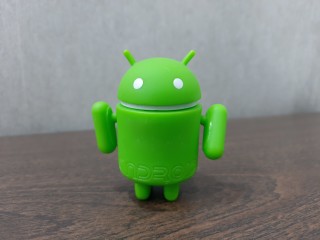 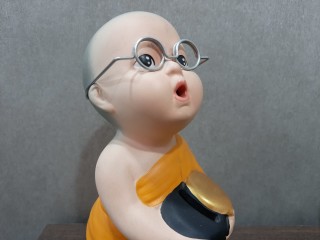 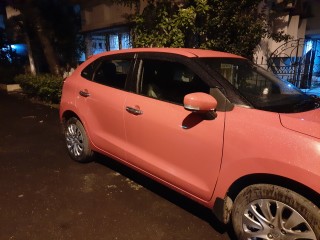 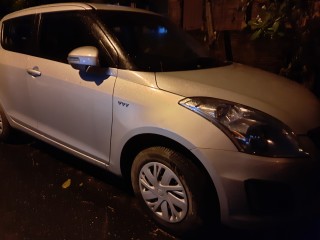 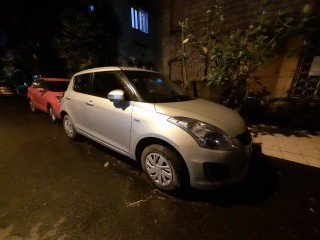 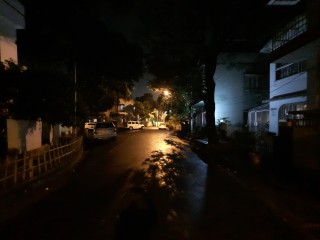 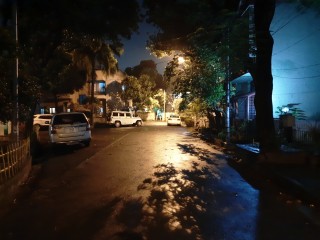 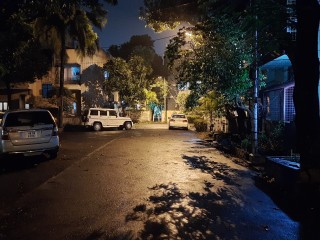 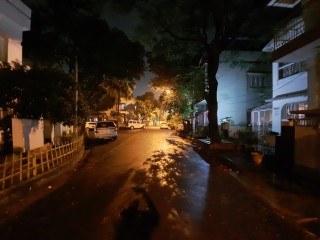 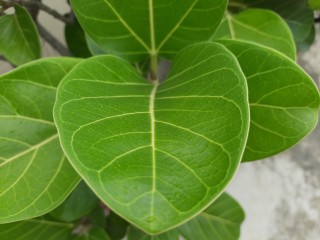 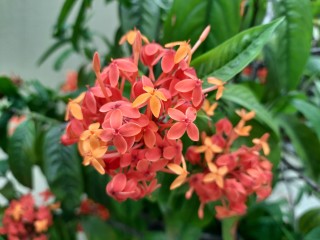 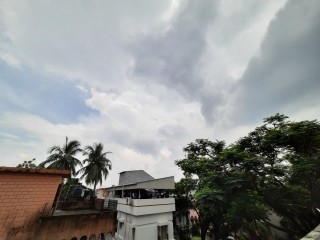 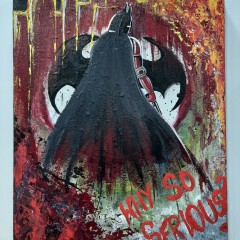 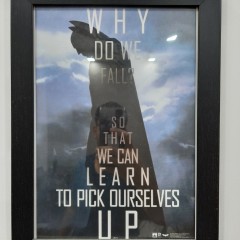 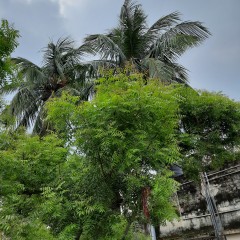 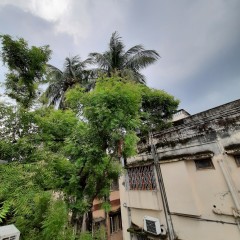 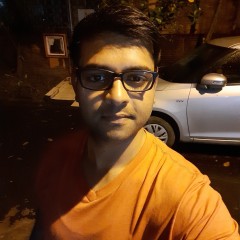 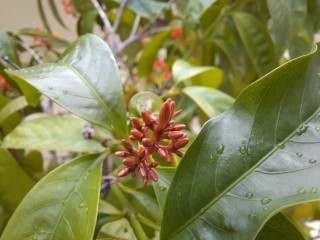 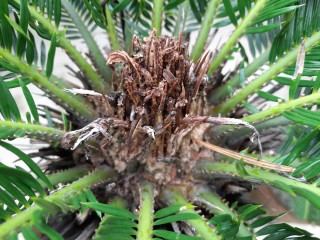 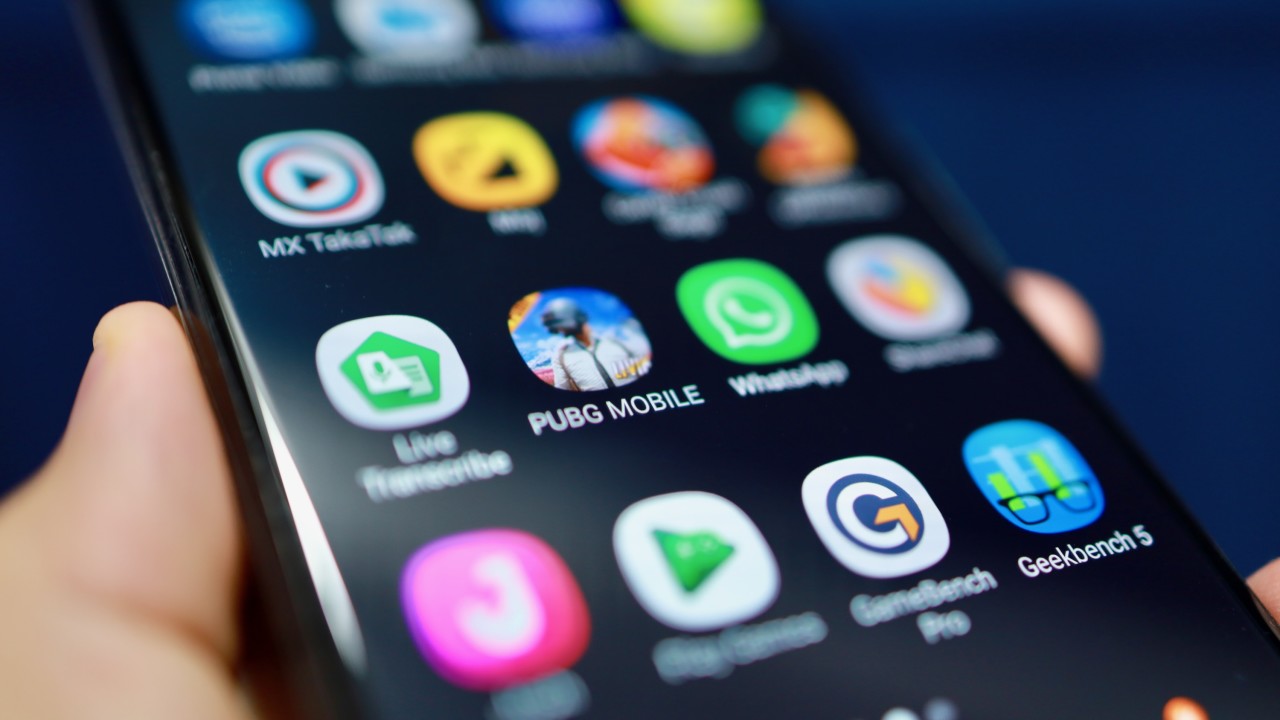 The Samsung Galaxy M31s features an octa-core Exynos 9611 chipset that's fabricated on the 10nm node. It can reach clock speeds of up to 2.3GHz and the CPU is paired with an Arm Mali G72-MP3 GPU. This is the same Exynos chip that Samsung has been using on its mid-range devices since the middle of last year. The Exynos 9611 was never going to win any performance awards last year and in 2020, its performance feels even worse when one compares it to Qualcomm's mid-range Snapdragon 6xx and 7xx chips that offer better performance in both CPU and GPU department.

It is not like the Galaxy M31s is slow or has performance issues. If you are an average Joe who uses their phone for basic messaging, internet browsing, and phone calls, the Galaxy M31s is going to be just fine as it has enough oomph for such tasks. A lot of credit for this also goes to Samsung's software team for optimizing its One UI skin to work smoothly on such hardware. It is when you start running a few heavy apps and cycle between them that you can see the device struggle a bit. More importantly, the Exynos 9611 inside the Galaxy M31s is let down by its Mali GPU. While the phone is able to play heavy games like PUBG at high graphical settings, the frame rate is all over the place and it struggles to maintain 30fps. Given that other cheaper phones are able to play PUBG at high settings without a hitch, the Galaxy M31s' performance here falls short. From a performance viewpoint, it is clear that the Galaxy M31s is meant for average users and gamers should look elsewhere. The benchmark scores below reflect that as well. 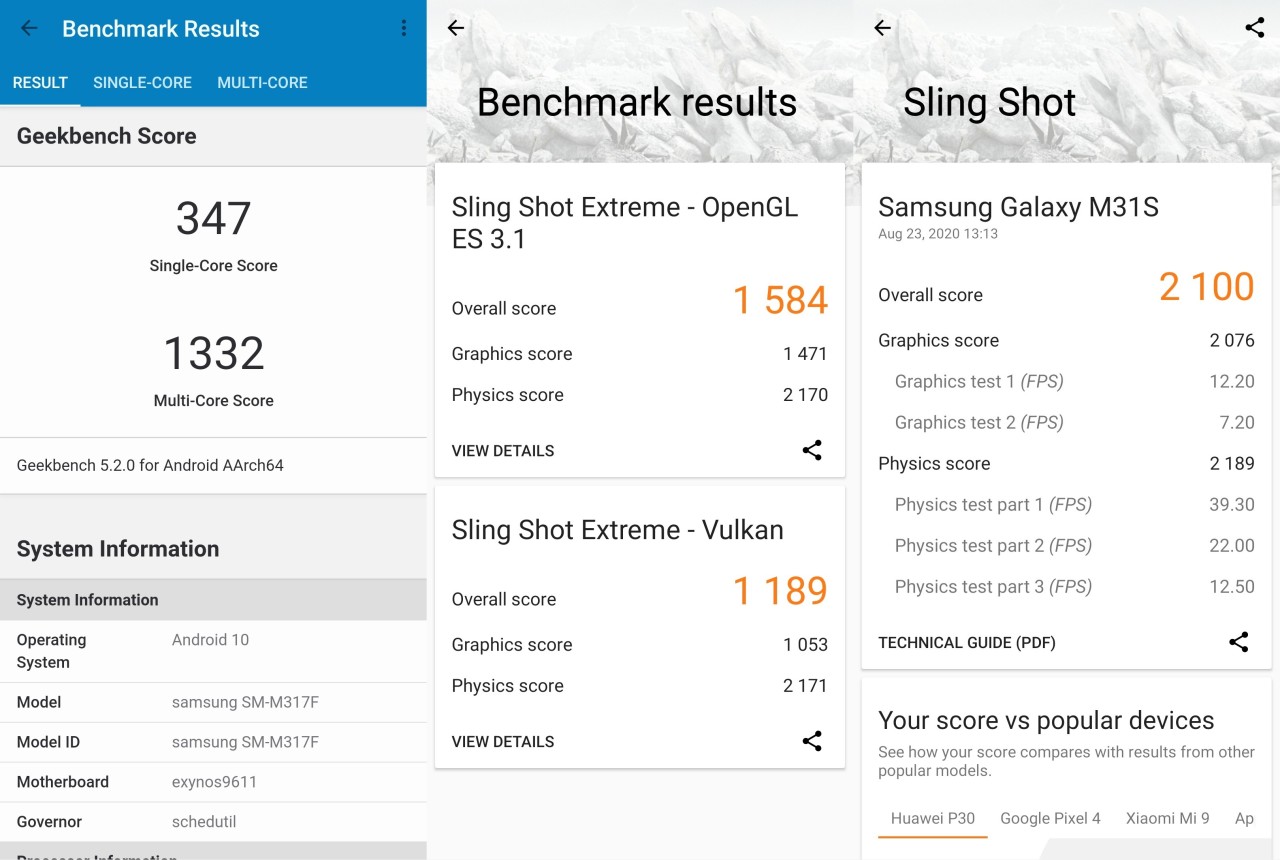 The 6,000mAh battery inside the Galaxy M31s makes it an absolute battery champ. Mid-range smartphones already offer superior battery life than flagship Android smartphones but the Galaxy M31s takes it to another level altogether. I was easily getting two to even two-and-half days of battery life with the device on moderate usage. This was with the phone connected to two 4G networks and primarily using WhatsApp, Slack, Twitter, around 30 minutes of video calls, and the camera once in a few hours for clicking some photos.

Thanks to 25W fast charging support, the Galaxy M31s charges relatively quickly as well. Given the beefy battery size, it would be impractical to expect it to charge from 0-100% in around an hour as some Realme phones do. In my testing, the Galaxy M31s took nearly 100 minutes to go to full from a nearly empty tank which is pretty good for a phone with a 6,000mAh battery. I do hope that we soon start seeing flagship Android smartphones that offer similar battery life as the Galaxy M31s. 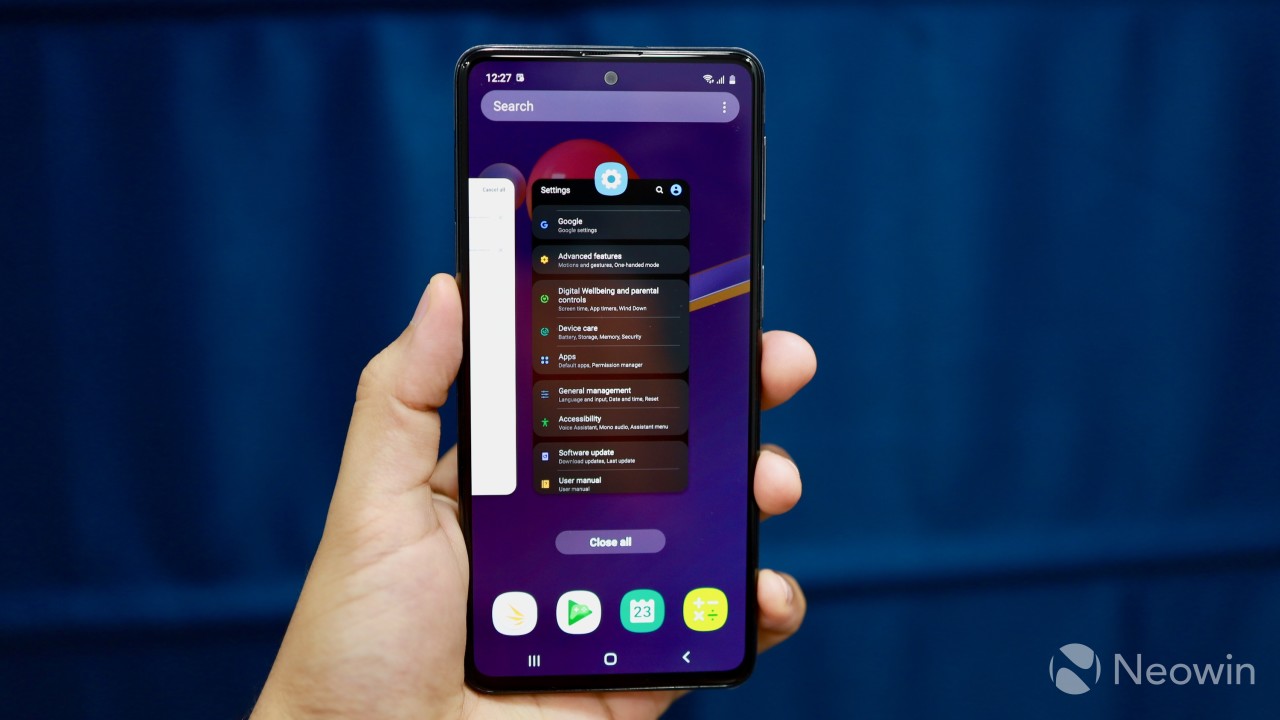 I have a considerable amount of experience with a lot of Android OEM skins out there including MIUI 12, OxygenOS, and One UI. Among all of them, I will prefer One UI as it strikes the right balance of features, customization, and stability. In fact, the core experience of One UI on the Galaxy M31s is very similar to what one would get on some flagship Samsung smartphones. Sure, some camera features are missing here but then that's not the target audience of the Galaxy M31s as well.

All the features that one would expect like Dark mode, split-window multitasking, Digital wellbeing, useful gestures, themes support, and navigation gestures are all present here. One UI also offers incredibly useful multitasking features like pop-up view which you won't find in any other smartphone in this price range. Out of the box, the Galaxy M31s runs on Android 10 with One UI 2.1 on top of it. While the device should get the Android 11 update, there's no word from Samsung on how long the M31s will continue to get OS updates. 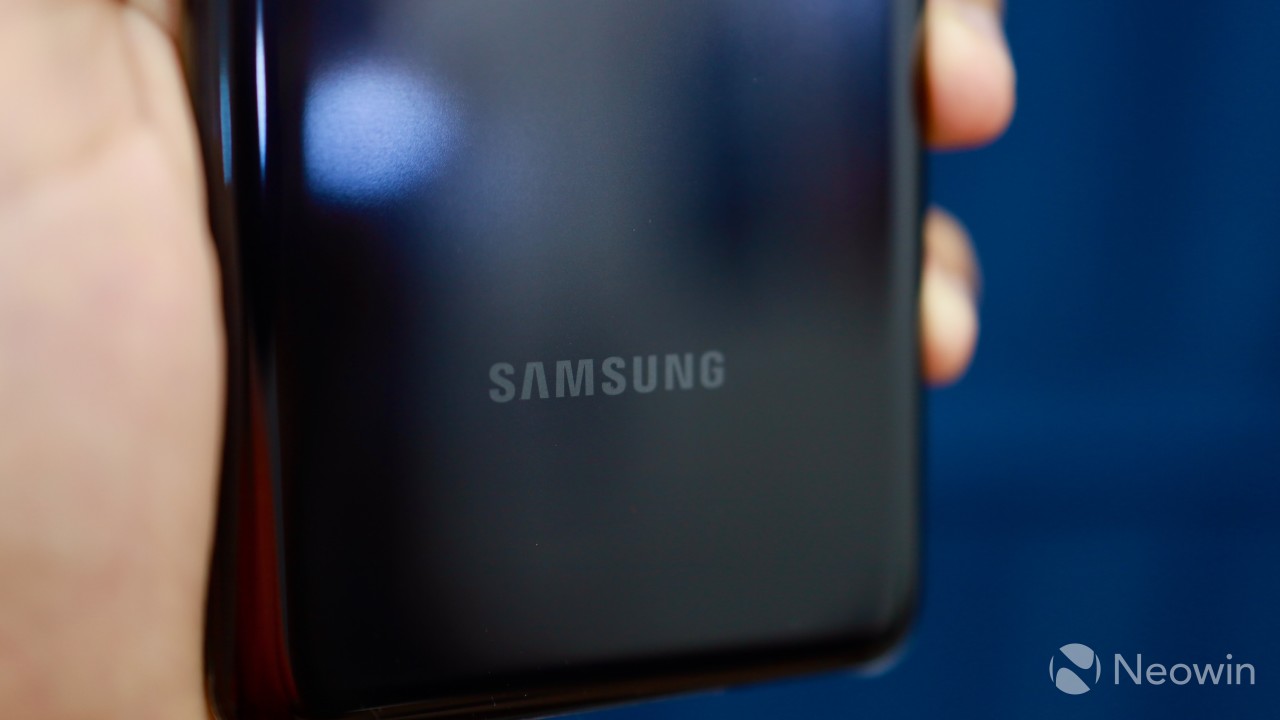 The Galaxy M31s is not as powerful as the Redmi Note 9 Pro series, but once you look past its average performance, you will realize that it is a surprisingly good device. The Galaxy M31s is definitely not for power users or gamers but for average users for whom better battery life, a quality AMOLED panel, plenty of storage, and decent software experience are more valuable. The Galaxy M31s is the perfect example of a smartphone and the value that it delivers as an overall package and that it cannot be judged based on the chipset that it uses.