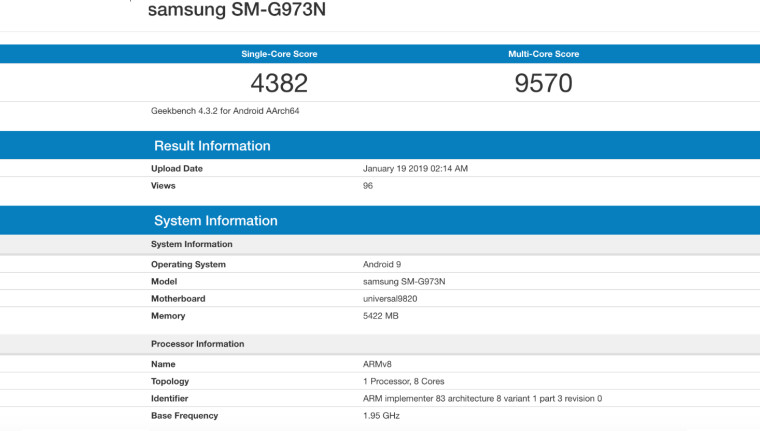 The Galaxy S10 has been spotted on Geekbench. The device carries the designation; SM-G973N, and has a universal9820 motherboard, meaning this is the Exynos 9820 variant, which is an octa-core processor, and, according to the benchmark, has a base frequency of 1.95GHz. The device also has 5422MB (read 6GB) of RAM. This is likely the international variant as Samsung uses its own Exynos processors for its flagship devices outside of the US and China.

Additionally, the S10 is expected to have the Infinity-O display, with a punch-hole in the top for the front-facing camera and sensor, an under-display fingerprint sensor and run Android 9 with Samsung's One UI. Design wise, it will likely be similar to the S10+ spotted in public earlier this week.