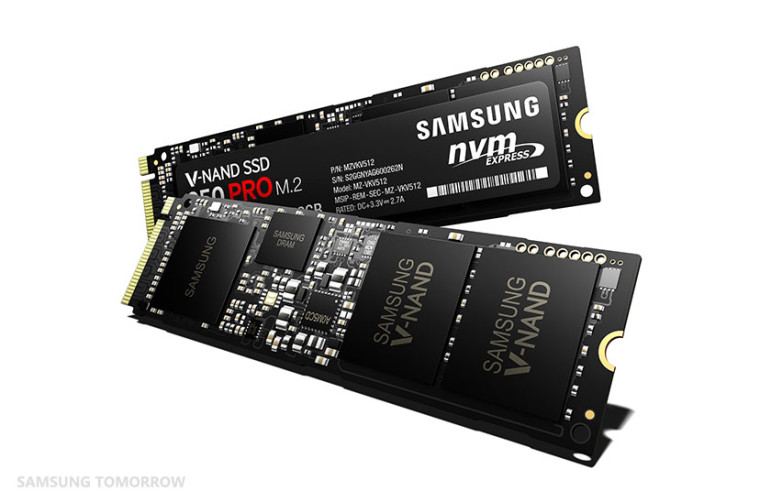 Samsung has announced its fastest mass-market SSD in the form of the 950 PRO, which will go on sale next month.

Over the last few years, Samsung has been developing and improving its solid-state drives and has delivered good products so far. The latest drive from Samsung aims to take this further by being the first Non-Volatile Memory Express (NVMe*) M.2 form factor SSD based on 2nd generation vertical NAND (V-NAND) technology.

Users will need to have a desktop or a laptop which has a M.2 PCIe slot in order to use the 950 PRO SSD. The PCIe Gen.3 x4 specification offers significant improvement over the traditional SATA interface used by other SSDs, however, it does mean that not all computers can make use of the latest Samsung SSD.

Samsung also announced that it is working on 3rd generation V-NAND technology which will be used in its products in the near future. The company also revealed that it will be launching the 850 PRO SATA SSD next year, based on this technology with up to 4 TB of storage.