A major consumer advocacy group in the Netherlands has filed a lawsuit against Samsung, accusing the company of having a "poor software update policy for Android smartphones", and alleging that "Samsung is therefore guilty of unfair trade practices".

Bart Combée, director of the Consumentenbond (the Dutch Consumers' Association), which has over 500,000 members, explained:

On buying a Samsung Android device, consumers are given inadequate information about how long they will continue to receive software updates. The Consumentenbond is demanding that Samsung provide its customers with clear and unambiguous information about this. Samsung moreover provides insufficient information about critical security vulnerabilities, such as Stagefright, in its Android phones. 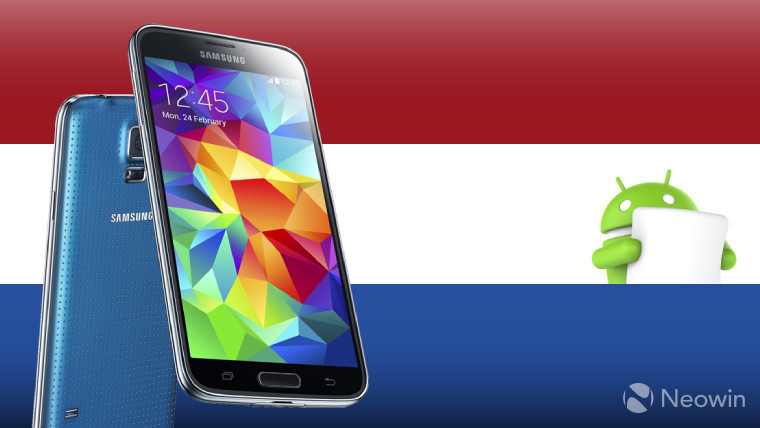 Samsung was among the first to commit to rolling out Google's monthly OS security updates following the revelation of Android's massive Stagefright vulnerability - but these updates are delivered only to a subset of the company's newer devices, and not to every Galaxy phone and tablet currently in use.

The Consumentenbond cites a survey that it carried out, which it says shows that "82% of the Samsung phones examined had not been provided with the latest Android version in the two years after being introduced." Indeed, it's worth noting that Samsung isn't exactly known for delivering updates with any great sense of urgency, as its record with the newest major version of Android shows.

Google first announced the Android 'M' release in May 2015, and in August, Samsung confirmed a list of devices that it was planning to upgrade to the new version, which came to be known as Android 6.0 Marshmallow. The update began rolling out to Nexus devices in early October, and the likes of LG and HTC have been upgrading some of their handsets for several weeks now too.

Samsung, on the other hand, hasn't upgraded any of its handsets yet, and is still only conducting limited Android 6.0 beta tests.

The Consumentenbond notes that Samsung isn't alone in having a poor record when it comes to updates, pointing out that "other manufacturers are also failing to provide proper updates for their devices". But it says that it has targeted Samsung for legal action because it is "the undisputed market leader in Android phones in the Netherlands".

The consumer group says that it sent a 'demand letter' to Samsung last month, leading to talks with the tech giant - but that "this did not lead to the desired result", leaving them with little option but to take the company to court. The Consumentenbond says it is "demanding that Samsung actually provide its smartphones with updates".

According to OS News, the group wants to see Samsung providing a full two years of updates for its devices - not two years from the original launch date, but from the date on which each individual device is sold.

That aim may well prove to be a bit optimistic, though. For example, handsets like the Galaxy S4 - a device that originally went on sale almost three years ago - are still on sale from some major retailers today. Expecting a court to order Samsung to deliver updates to older devices for an additional two years on top of that might be overreaching slightly.

Nonetheless, even if the Consumentenbond's legal action against Samsung comes to nothing, it does serve to highlight growing concerns over the delivery of timely updates on mobile devices. As the consumer group itself pointed out, "software updates are vital to keep smartphones secure and to protect consumers from cyber criminals and the loss of their personal data."