CES 2017 is just around the corner. Touted as one of the biggest tech events of each year, companies from around the world take to the stage at the massive expo to unveil their upcoming products to consumers, tech enthusiasts and the media.

Samsung has announced that it plans to introduce new Quantum Dot curved monitors at CES 2017 in Las Vegas. 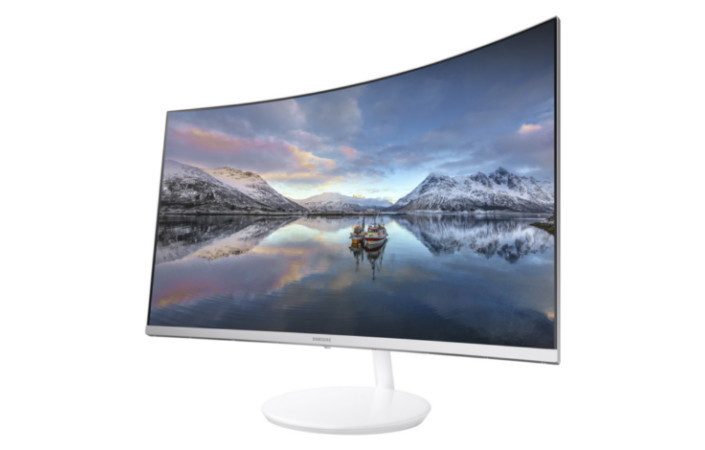 The Korean tech giant has announced that it will unveil its new CH711 Quantum Dot curved monitor at CES next month, in an effort to demonstrate its "continued leadership" in the visual entertainment sector. The monitor is aimed at gamers and promises to deliver vivid picture quality, regardless of the content that is being viewed.

The CH711 will be available in either the 27-inch display variant or the 31.5-inch one. It features a 1,800R curvature and a 178-degree viewing angle that will make content clearly visible wherever the viewer is positioned. Combined with the ergonomic design - with a white chassis, three-sided 'boundless design' - 125% sRGB color coverage, and a 2560x1440 WQHD resolution, Samsung is aiming to provide optimal display for consumers - although it stopped short of offering the 4K resolution that is becoming increasingly popular on larger high-end displays.

Additionally, Samsung has stated that it also plans to debut the CFG70 and CF791 Quantum Dot curved monitors at CES next week. The monitors were already released commercially in the US earlier this month. The former model will be available in 24- and 27-inch variants and is aimed at gamers. It offers gamer-friendly features such as the "Gaming UX", for a more gaming-oriented user interface.

Meanwhile, the CF791 sports a 1,500R curvature and 21:9 aspect ratio. With an integrated height-adjustable stand, it is primarily meant for professional work-related use and offers Picture-by-Picture (PBP) and Picture-in-Picture (PIP) functionalities as well. Seoggi Kim, Senior Vice President of Samsung Electronics’ Visual Display Business, had the following to say:

Today’s multimedia consumers, quite rightly, have high expectations and demand a truly cutting edge, totally immersive experience that realizes the full potential of whatever they are playing or watching. This year’s line-up of curved Quantum Dot monitors offers brilliant design, richer color and deeper contrast than ever before. We can’t wait to share them with the world at CES 2017 in Las Vegas.

Samsung has also stated that attendees of CES 2017 will be able to experience the visual excellence offered by the CFG70 Quantum Dot curved monitor first-hand at the company's interactive gaming zone.