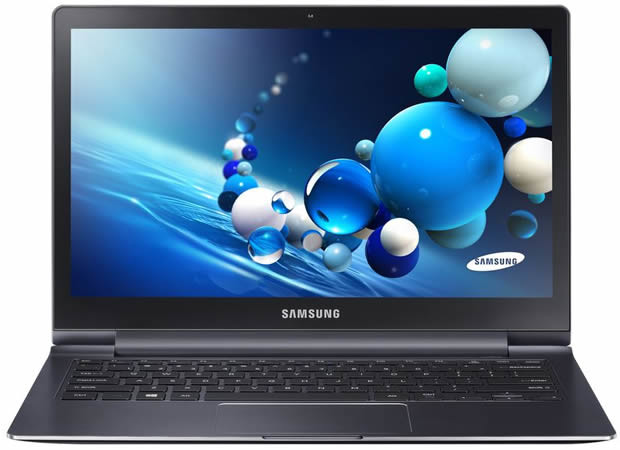 Samsung is pushing forward with the launch of its previously announced Windows 8 ATIV Book 9 Plus ultrabook, which will have a 13.3 inch touchscreen that has an impressive resolution of 3200x1800.

Samsung's press release today says that the ATIV Book 9 ultrabook will be available for pre-orders starting on Sunday, August 18th for the price of $1,399. Besides the high resolution touchscreen, it also has an Intel Core i5 processor, 4 GB of RAM, and a 128 SSD. The battery life is supposed to last up to 7.5 hours.

Samsung also announced that its previously revealed ATIV Tab 3 tablet will officially go on sale September 1st, although Amazon did briefly put the tablet on sale on its website earlier this week. The $699 10.1 inch product is the world thinnest Windows 8 tablet at just 0.31 inches. However, it only has a resolution of 1366x768, with 2 GB of RAM and 64 GB of storage with an Intel Atom processor; its battery life is up to seven hours. On the plus side, the tablet comes with a version of Office 2013 installed, along with a Bluetooth keyboard that serves as a cover, along with an S Pen.

We are still awaiting word on when Samsung will start selling the ATIV Q, a tablet which has a display that slides up to expose a physical keyboard. The product is suppose to run both Windows 8 and Android with a 3200x1800 resolution display, the same as the ATIV Book 9 Plus.