SC19 is upon us and there at the event, Intel's GPU chief, Raja Koduri, took to the stage to talk about its plans for GPU-driven HPC and AI initiatives that the company has been working on for quite some time. Intel is looking to challenge the other major players like Nvidia, in this highly profitable segment of the market.

At the event, the company confirmed the existence of the previously rumored Ponte Vecchio GPU, based on Intel's 7nm 'Xᵉ' GPU architecture. Xᵉ will be at the heart of all GPU-based solutions from Intel which will be powering every major market including HPC, gaming, and mobile. 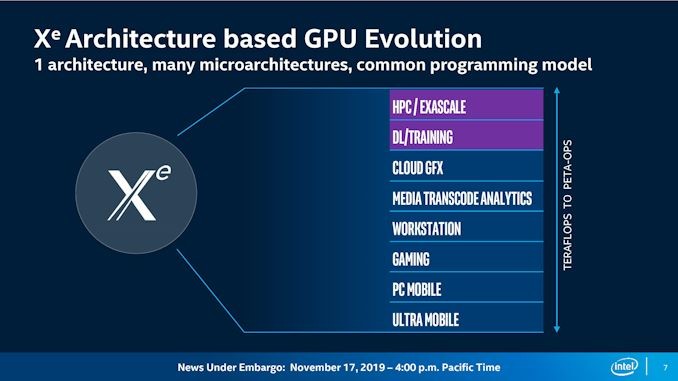 Intel hopes to achieve exascale computing by bringing its CPU and GPU technology together. The supercomputer dubbed "Project Aurora" will be powered by:

The CPUs and the GPUs will be integrated using Foveros 3D packaging and EMIB technology - previously used in Intel Lake-G processors, and intercommunicate using Compute Express Link (CXL) technology. The Aurora supercomputer is slated for a 2021 release.

Intel also reiterated its previously introduced 'oneAPI' technology which aims to integrate all this hardware seamlessly into the software ecosystem and overcome the complexities associated with working across multiple different architectures. 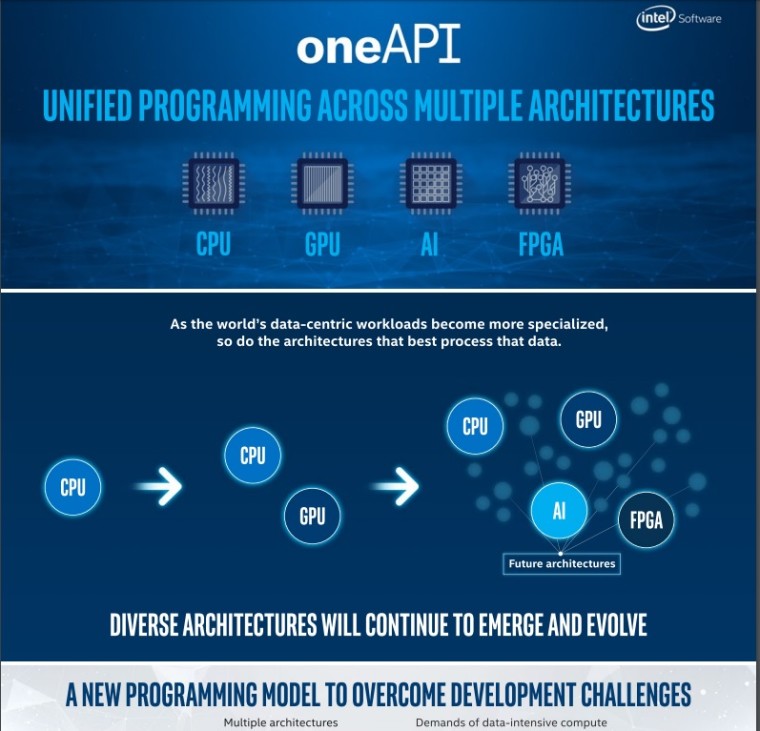 The oneAPI toolkit, in its beta form, is available to developers at this link.