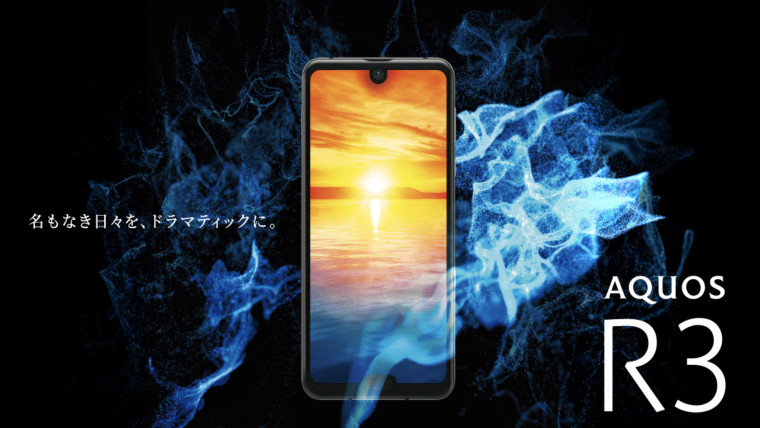 Sharp has unveiled its Aquos R3 smartphone, offering a unique design that features two display cutouts, one for the front-facing camera and the other for the phone's fingerprint reader.

The phone has a 6.2-inch QHD Pro IGZO display that touts twice the brightness of its predecessor, the R2. Despite the display panel being brighter, it is also more efficient, offering up to ten percent more battery than the R2. Beyond the looks, the screen will offer better performance when it comes to touch input, offering a refresh rate of 120Hz. While we have seen this before with Razer's devices, it isn't all that common and should be a welcome addition for users of the R3.

As far as its internals go, the unit is powered by Qualcomm's latest Snapdragon 855 processor, 6GB RAM, and has 128GB of internal storage. It also has dual speakers, a 3,200mAh battery, Qi wireless charging, and a 12MP and 20MP rear camera setup. While dual cameras are quite common, Sharp's use of the cameras is different from other configurations normally seen, with the 12MP sensor being dedicated to stills, while the 20MP sensor is used for video. There is also a front-facing camera which comes in at 16MP.

Unfortunately, for those that are interested, pricing and availability were not announced. But like other Sharp handsets, you can expect this one to be exclusively available in Japan.