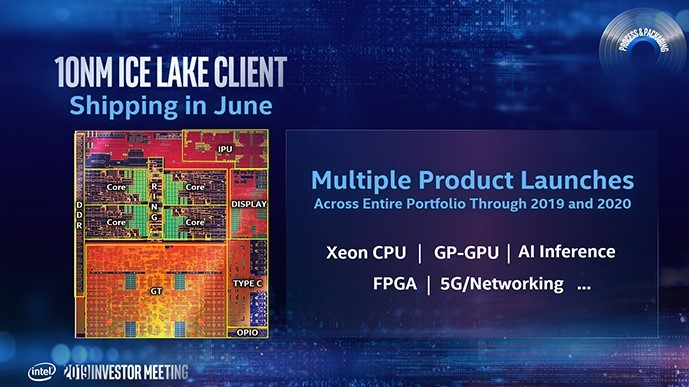 Starting with the long-anticipated processors built on the 10nm process, which are codenamed Ice Lake, it was revealed that Intel will start shipping them in June. As previously announced, this will allow computer manufacturers to have computers with the new processors by the holiday season. Intel promises three times the wireless speed, two times the speed for video encoding and graphics, and 2.5 to 3 times the speed for artificial intelligence when compared to the previous generation.

Intel also has a bunch of other products based on the 10nm process in the pipeline for 2019 and 2020, including client and server processors, new FPGAs, a general-purpose GPU, and more. 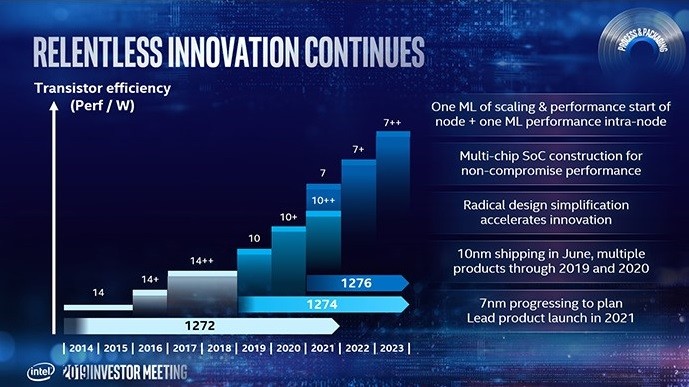 Looking onward to the 7nm process, Intel says it will deliver twice the scaling and 20% more performance per watt. It also promises a four times reduction of design rule complexity, and it'll be the first time Intel is using extreme ultraviolaet (EUV) lithography, which will help drive scaling for "multiple node generations".

The most notable product to be released with this architecture is an Xe-family general purpose GPU, which is expected to arrive in 2021. It will be meant for data center AI and high-performance computing tasks.