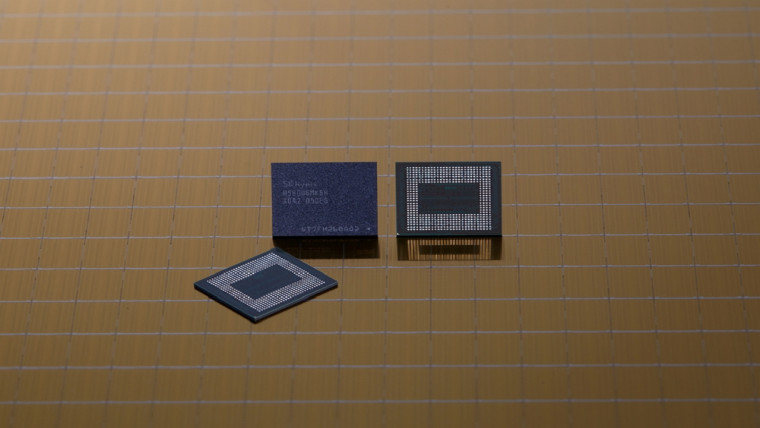 ASUS' newest iteration of its gaming phone, the ROG Phone 5, is set to release in a couple of days. While the company itself hasn't revealed information regarding the hardware specifications of the phone, we have had leaks so far suggesting that the 'I005DA' variant of the device will feature the 5nm Snapdragon 888 SoC, paired with 8 or 16GB LPDDR5 memory. However, there also appears to be a second 'I005DB' variant - reportedly featuring a secondary display on the back - which was spotted on Geekbench (via GSMArena) sporting 18GB memory.

Today, SK hynix has confirmed the finding as the memory maker will be the one supplying its newly produced 18GB LPDDR5 chips to ASUS. The new memory is capable of data transfers of up to 6400Mbps (suggesting a frequency of 3200MHz), which is about a 20% improvement over its previous 5500Mbps transfer rate. Interestingly, the Snapdragon 888's official specifications show that the SoC does support memory speeds of up to 3200MHz, but capacities up to 16GB only.

SK hynix has also said that it anticipates more high-end phones down the line to start using this 18GB DRAM. The memory maker cites market research institution Omdia's finding and expects the general adoption for LPDDR5 memory in phones to exceed a market share of more than 50% by 2023.

nubia's upcoming RedMagic 6 Pro gaming phone will also have "18GB" memory but the company will instead be utilizing its RAM Boost technology to virtually enhance the actual 12GB capacity.