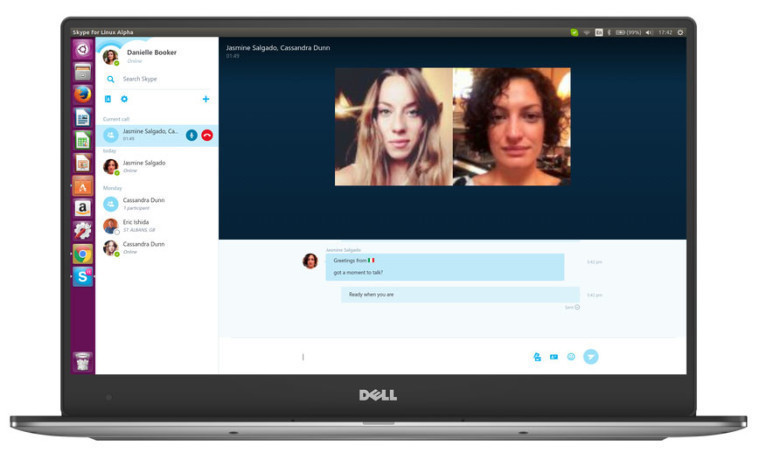 Microsoft has released another update for Skype for Linux, this time focusing on bug fixes rather than new features. This is Microsoft's seventh update for the app in the last two months since the app was first made available to download for GNU/Linux users.

The bug fixes include changes for the way that new messages are scrolled to and marked as read. After the update, Skype will scroll to the first message sent and only mark the later messages as read once you scroll down to them. There was also an issue with connectivity after suspending Skype, which Microsoft also fixed.

The only new feature to Skype for Linux 1.7 is that the app has undergone a revision of the grid layout displayed to the user on group calls.

Various features are still missing from Skype for Linux, including the ability for screen sharing. But with the updates it's clear that the app hasn't been abandoned and is in active development, meaning that additional features available to users on other platforms are definitely on the roadmap.

Skype for Linux was released in July, marking the first update Skype on GNU/Linux since mid 2014. Coupled with that initial release was an update to Skype for Web which made it easier for users of GNU/Linux and Chromebooks to access the web service.