Earlier this week, Microsoft's Skype team announced a comprehensive redesign of their app for iOS, saying that it had been rewritten "from the ground up" for this latest release. Microsoft said that it would launch the new app for iPhone "in about a week", but today - just three days later - the company got in touch to let us know that Skype 5.0 is now available. 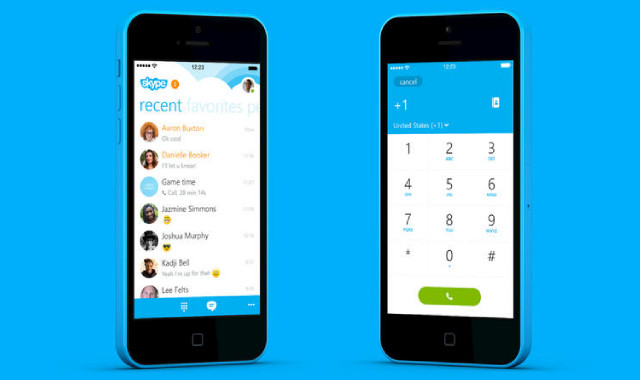 While Skype has seen regular updates on iOS, version 5.0 is the first major overhaul of the app since 2010, when it launched with Apple iOS 4. With the new release, Microsoft has given the UI a completely new look on iPhone - one that closely mirrors the design of its Windows Phone platform. The company said on Monday that this was intended to bring its interface in line with that used by Skype on other mobile devices, adding today that its goal was to make the app more "simple and intuitive."

The changes are more than just skin deep though. Microsoft promises that the app is now "up to five times faster" than its predecessor, as well as being "more stable and reliable" with an "easier and more fluid" interface. It also says that it now offers a "more integrated experience".

But you don't have to take Microsoft's word for it - you can download Skype 5.0 for iPhone from the App Store today, as long as you've got iOS 7 or later on your handset. If you're stuck on iOS 6, you'll have to stick with version 4.17 of the app. There's no info on when the iPad version will arrive, but Microsoft says it's working on it, so watch this space.