Well, congratulations. You're now the proud owner of a bouncing new baby iPad, iPod touch or iPhone. You've probably already done the basics - plugged it in, synced all your music, photos and videos, and done a quick skim of the famous App Store - but where do you go from there? The App Store is a scary place, after all, with hundreds of thousands of apps to choose from. Which ones are worth it, and which ones aren't?

Neowin, of course, has your back. We've compiled a list of what we consider to be the best apps for just about anything. 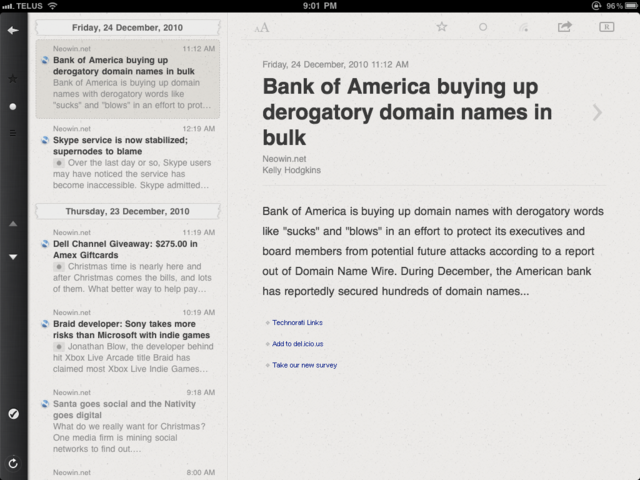 RSS applications are a dime a dozen on the App Store, but we've found a winner in Reeder and Reeder for iPad, available for $2.99 and $4.99 on the Store, respectively. The interface is simple, yet brilliant, and you'll quickly find yourself reading more news than you ever have. It even works with Google Reader, to keep all your RSS feeds in sync across all your devices (be they phones, tablets or computers).

For the aspiring DJ: djay (iPad only) 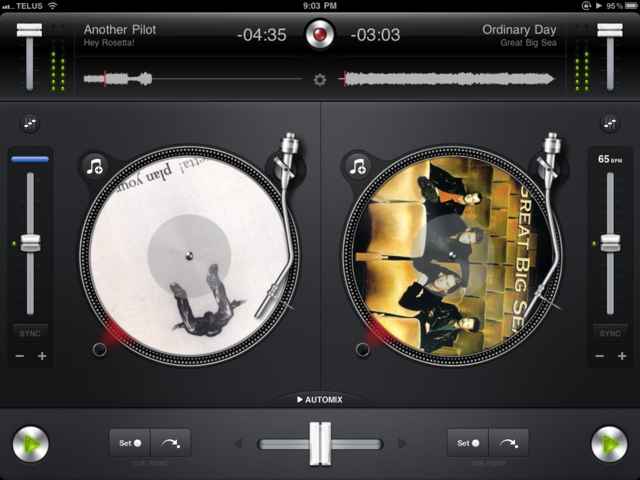 Unfortunately, iPhone and iPod touch owners are left out of the fun on this one - they're limited to the djay remote that allows you to control the djay app on Mac OS X - but this app is too intuitive and fun to even consider leaving it out of the list. djay simulates real life turntables on the iPad's display, and the experience is incredibly realistic. All that it's missing is real tactile feedback, but at $19.99, it's a bargain compared to thousands of dollars worth of equipment. 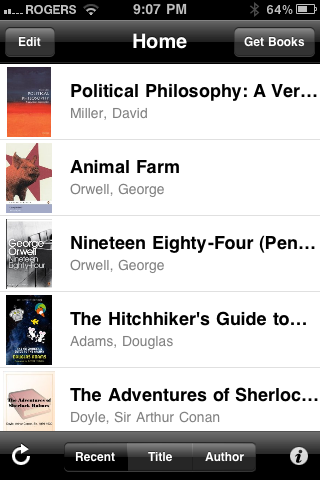 In the last few months, Apple's been playing up its iBookstore and corresponding iBooks app for iPhone, iPod touch and iPad. While Apple did a brilliant job with those apps, the store is still lacking in content. That's where Amazon has stepped in, making available a Kindle app that works, as you would assume, with their Kindle bookstore. It also includes whispersync, which keeps your books in sync across devices, meaning you can keep your full Kindle, your iPad, and your phone (most brands have an app available) on the same page. 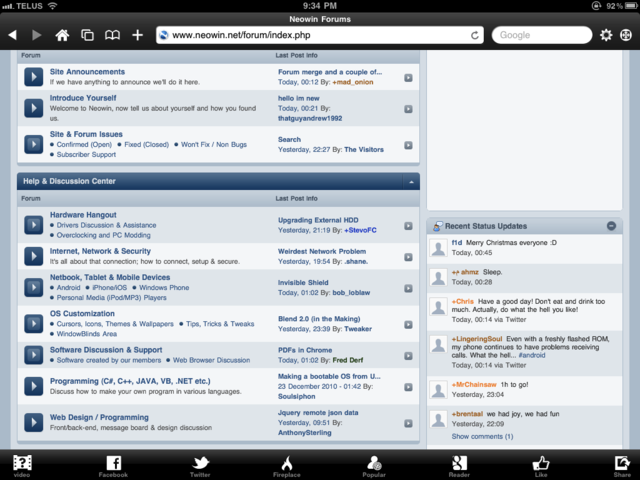 This application made quite a splash when it launched, finally giving iPhone and iPod touch users - and just a few days ago, iPad users as well - a way to view flash video. It's not the best solution possible, but it gets the job done better than anything else available for iOS. Besides its Flash-playing capabilities, it's actually a nice web browser, offering tight integration with Facebook and Twitter, and even offering private browsing. For, you know, banking and stuff. 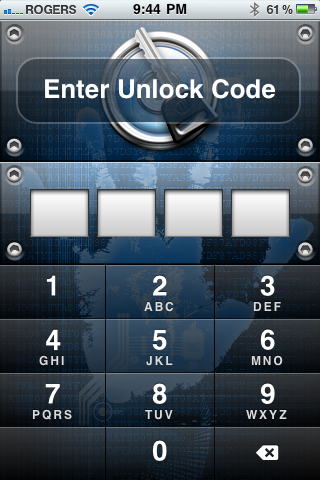 It's a common problem: you have too many passwords, and too much delicate information to take care of. Fear not, because 1Password is here. 1Password offers you a way to securely store any kind of delicate information you have, whether it's simple website passwords for a site you visit once in a blue moon, or a note containing codes to a top secret facility somewhere in Nunavut. It can sync with its Windows, Mac OS X, and Android app over Dropbox, and always requires a password to unlock it. Everything is tightly encrypted, so you know it's safe.

Games have become a real selling feature for iOS, and for many, their iPhone, iPod touch or iPad has become their main gaming console. So we've come up with a few different games that we've enjoyed here at Neowin. 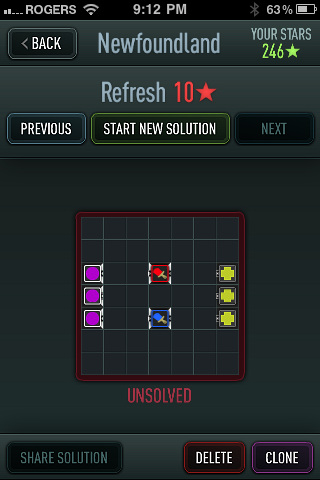 For a few days, productivity at Neowin HQ stood at a standstill - at least among our iOS-device owning staff members - after we discovered Trainyard. The goal is to guide several trains to their color-coded destination across a 7x7 grid, with multiple twists introduced as you play. Trainyard Express, which includes 60 (Canadian themed) puzzles, is available for free, while Trainyard comes with 150 more maps, and is currently on sale over Christmas for $0.99. While there isn't a version specifically for iPad yet, it does scale well enough to be playable. 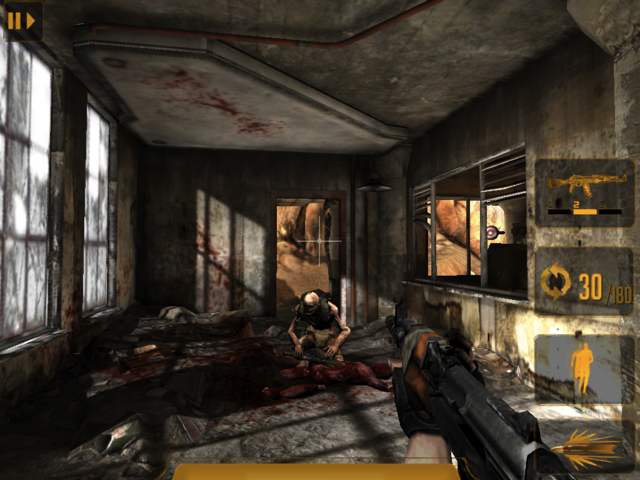 iOS users were blown away when id Software released RAGE HD. The graphics were something that simply hadn't been seen on a phone before. The gameplay is good enough on its own, but it's worth it just to see it, especially at just $1.99 on the App Store. 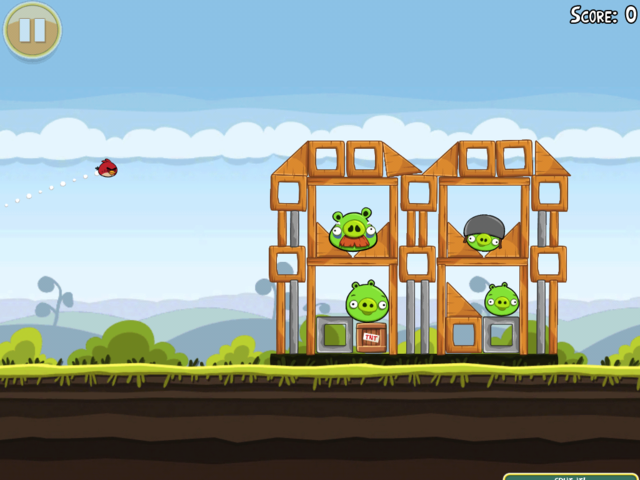 This game really explains itself. It's about a bunch of birds that are angry with a bunch of pigs. Everybody's seen it. If you haven't played it, you're missing out. You've probably also been living under a rock for the past year or so.

Just for fun, runner up: Solipskier 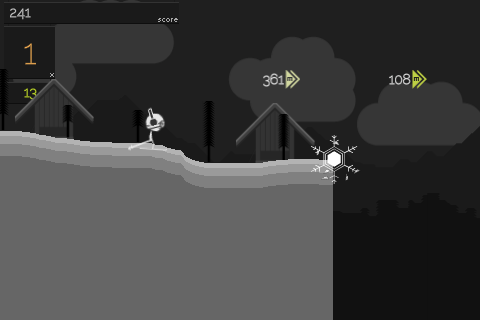 Since everybody knows about Angry Birds, it only seems fair that the runner up get a chance here. In Solipskier, you guide your skier with your finger, avoiding obstacles and racking up points any way you can, such as by hitting targets, or creating a jump out of the snow. You'll quickly be addicted to this simple time waster.

Just go and enjoy your gift! These apps should keep you occupied for a while, but if you're looking for more, just check out the comments - I'm sure some of our members will have their own suggestions. If you'd like some further reading, you could always check out Neowin's Top 10 iPhone apps you can't live without, or check out our iOS forums for the latest discussion on anything iOS. Otherwise, go forth and enjoy your new device!

If you feel like we're missing anything on this list, go ahead and mention it in the comments.