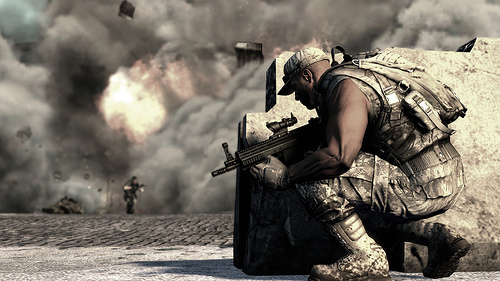 Today, via the official SOCOM blog, Jeremy Dunham, Senior Community Manager for Zipper Interactive released a statement confirming the delay of SOCOM 4 until sometime in 2011.

The specific reason for the delay was not given, but Sony did release a statement via IGN that the game is aiming to be the "most compelling and immersive SOCOM experience yet". As well as this the statement, they told the fans to "look out for further updates and announcements". Which should be arriving soon for the fans of the series.

This is annoyance to the fans, as there hasn't been a 'true' SOCOM game for the PS3, the only other game being SOCOM Confrontation, which is considered to be a step backwards for the series, commercially as well as critically. Being developed by Slant 6 instead of Zipper, so it was never looked upon as a true sequel.

With the delay of SOCOM 4, the release list of PS3 exclusives is getting one game shorter. With now two games that are releasing exclusively on the Ps3 that are to be considered 'AAA' quality. Gran Turismo 5 and Little Big Planet 2, are the two big hitters for Sony this holiday season, going up against the likes of Halo, Fable, Call of Duty, Assassins Creed and more.

With GamesCom coming up very soon, August 18th-22nd, we should see some announcements and a possible explanation, for the now delayed PS3 exclusive.