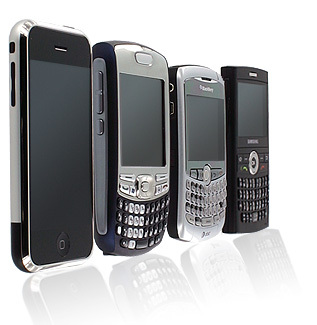 In a scan run by Lookout Inc., nearly 300,000 free applications for Apple's iPhone and phones built with Google's Android software were tested, and it was found that many of them had software that is secretly pulling private information out of your phone.

This private info includes full details about your contacts, your pictures, text messages, and Internet search histories. This is a huge concern everyone who actively use the free applications available on the services.

In general, this info is used by companies to personally tailor ads to the specific person, the danger is malicious hackers, and can enable people to easily commit the crime and identity theft if the company isn't careful about the security of the information.

Lookout stated that they found nearly a quarter of Apple applications and almost half Android capable applications, had this software hidden within it.

The code used has been written by 3rd parties, and is placed in the applications, primarily for the purposes of the adverts. But the code winds up forcing the application to collect more information than it actually requires. Developers may not even realize that this is happening on their applications. John Hering, CEO of the San Francisco-based Lookout had this to say:

"We found that not only users, but developers as well, don't know what's happening in their apps, even in their own apps, which is fascinating,".

The problem arises when the smart phones don't inform the users of the data that they are accessing and sending to the company. iPhones only alert the user when the application is accessing their location, not when it is accessing other personal information. Android applications have a wider set of warnings, but most users would go straight through them without properly reading what is being said.

Neither Apple or Google responded when questioned about this topic, it may be best to be more careful when downloading free applications from either service in future.