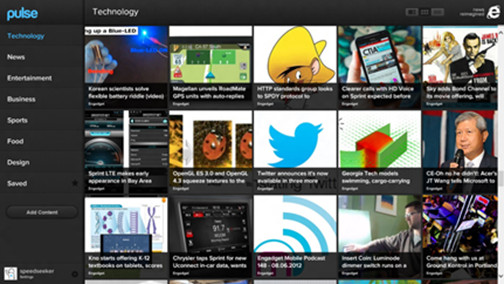 You may remember that Microsoft has been working with a number of companies over the past few months to optimize websites to work with the touch screen features of Internet Explorer 10 in Windows 8. Today, the company announced it has extended that work to make some HTML5-based sites work better on IE10 on Windows Phone 8.

The official IE blog has the details on these new features. One of them is for the news site Pulse, which was optimized for IE10 for Windows 8 earlier this year. You may also remember that Pulse decided to remove its previously released Windows Phone app from the download store at the same time.

Today, the Pulse site has now been updated to work well with IE10 in Windows Phone 8. Microsoft states:

The updated site is completely adaptive and built using responsive design best practices. As we updated the site, we also optimized for performance, so that difficult animations or transitions have been selectively disabled or swapped for mobile friendly equivalents.

The blog post adds that the Pulse site has also been updated to work well when viewed from the Xbox 360 game console, "including optimizations to the site’s color, contrast and layout."

Microsoft and Atari got together earlier this summer to launch an HTML5 website that replicated classic Atari games for free via HTML5. Today, that same site has been updated for Windows Phone 8 IE10 viewing. Microsoft says, " ... four of the original games you know and love – Pong, Missile Command, Asteroids and Super Breakout – have been updated to really light up on a smaller screen."