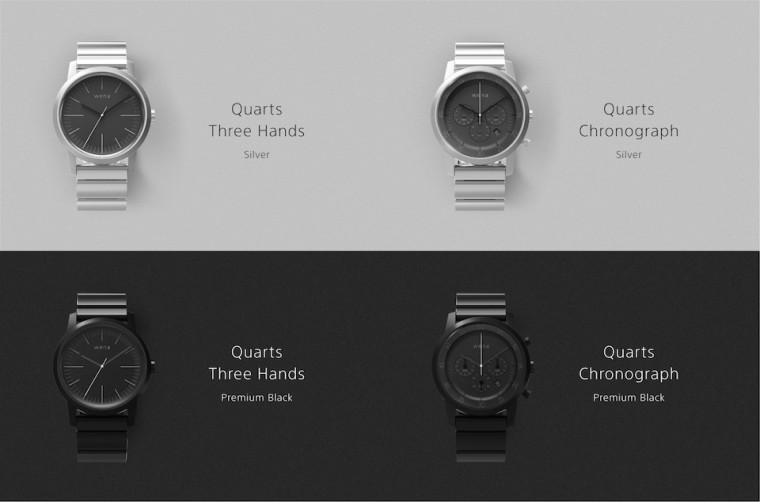 Sony's has added a new device to its Japan-based crowdfunding platform First Flight, the 'Wena Wrist' smartwatch. For now the watch appears to only be available in Japan.

Wena is explained to mean 'wear electronics naturally' and this phrase appears to be the grounding philosophy behind the new smartwatch. A traditional, refined wristwatch design is the focus supported by three key 'smart' functions – wallet, notifications and activity monitoring.

The NFC-based wallet supports the Japanese FeliCa standard for banking, notifications are delivered via vibration and a color-customizable LED, and activity monitoring is tracked by an app. The activity app is curiously only available on iOS devices.

The smartwatch will be available in silver and black with a choice of two watch-face styles – 'Three Hands' and 'Chronograph'. Three Hands being a standard watch-face and Chronograph including three separate dials for hours, minutes and seconds.

Wena wrist has already passed the halfway mark of its ¥10mil crowdfunding target at the time of publishing this article. Several of the device options are sold out. Prices range from ¥34,800 ($287) to ¥69,800 ($576) with the first watches to be shipped in March.