So much for unseating Lamar - Austin, Texas Congressman and author of SOPA, Lamar Smith, has the GOP primary, and by a pretty good margin. Smith won almost 80% of the votes, despite grassroots efforts by internet activists like Reddit's Test PAC to vote him out of office.

Apparently Comcast, Time Warner and the RIAA beat grassroots, because Smith's campaign received around $40,000 from major media organizations and PACs, including $2,000 from the personal funds of various RIAA executives. 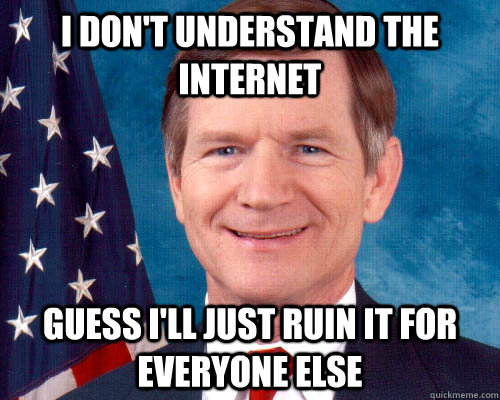 For his part, Lamar Smith sees himself as a defender of the internet. “I certainly want to protect the internet and don't worry about billboards like that,” Smith said, referring to a billboard near his office reading urging Congress, “Don't Mess with the Internet,” put there by activist group Fight for the Future. “When people get the information, get the facts,” Smith said, “I think they are reassured.” Nice to know that we've got someone like Lamar Smith looking out for us.

It's a little bit shocking to see that someone as controversial as Lamar Smith is able to win an election by such a huge margin, but it just goes to show that by and large, most people couldn't care less about issues like internet freedom. Pretty scary, huh? There's always November.