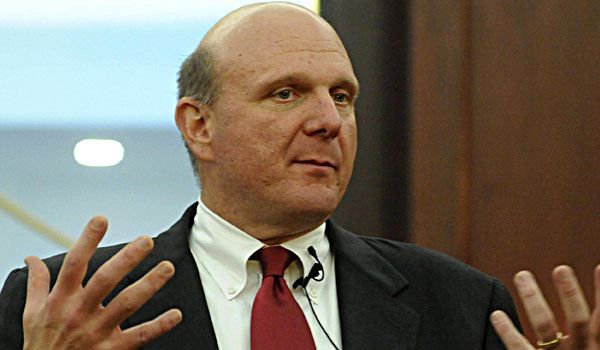 A top and influential hedge fund manager, David Einhorn, has been openly critical of Microsoft’s Steve Ballmer, calling for the CEO to step down after years of stagnant stock values. Einhorn said that Ballmer was stuck in the past and needed to step aside to “give someone else a chance” after taking the role from co-founder Bill Gates in 2000. "His continued presence is the biggest overhang on Microsoft's stock," he said.

Einhorn’s company, Greenlight Capital in which he is President, holds around 9 million Microsoft shares which totals around 0.11% of the entire company, according to Reuters. These calls for stepping down are most likely due to Microsoft’s poor stock performance, where $100,000 of Microsoft stock 10 years ago are now worth $69,000, and also due to Microsoft failing to “attack new Internet and mobile computing markets.”

Tuesday saw Microsoft overtaken by IBM in overall market value for the first time in 15 years due to the poor stock performance. Last year also saw Microsoft get fiercely overtaken by Apple, which now claims the world’s most valuable tech company. Einhorn implies that without Ballmer at the reigns of Microsoft, the tech giant would be able to slowly regain some of its lost market positioning.

Currently it appears as though Ballmer has no plans to step down; however after criticism by an influential investor and poor stock performance this could be the start of shareholders’ desire for a new Microsoft CEO.